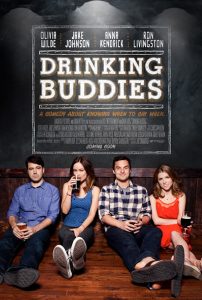 It would appear that mumblecore is being defanged by the very directors who gave the movement its bite. Like the Duplass brothers’ limp Jeff Who Lives at Home (2012), Joe Swanberg’s Drinking Buddies (2013) is an admirable reach for that elusive crossover audience, but one that’s unable to reconcile the insightful frankness of the genre’s early triumphs with the perilous complexities of adulthood. With directors of Swanberg’s ilk aiming for the mainstream and studio rom-coms aiming for indie sensibilities, we’re inevitably left with a predictable middle-ground; something perfectly decent but distinctly unadventurous. 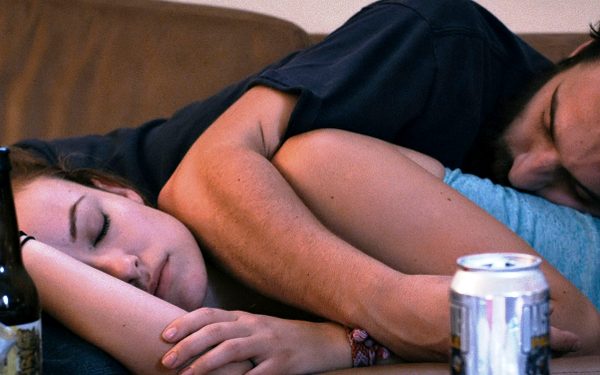 Drinking Buddies continues along this trajectory; while it has moments of intimacy and glimpses of the emotional weight of adult decisions, it also teeters uneasily along the Hollywood fault lines, indecisive about whether to make the requisite jump. It follows the friendship of Luke (Jake Johnson) and Kate (Olivia Wilde), two co-workers at an independent Chicago brewery. Despite their respective commitments to their unlikely partners Jill (Anna Kendrick) and Chris (Ron Livingston), they spend their days in constant flirtation. They seem like an ideal partnership but they also represent the worst in each other; they’re both heavy-drinkers, terribly fearful of adulthood and pulling each other further backwards into youthful regression.

There are plenty of individual things to like about Drinking Buddies. It mostly circumvents the expected will-they-or-won’t-they relationship clichés, focusing instead on the intoxicating potential of infidelity. In this sense, Swanberg recognises the central dilemma of our late-20s and early-30s; what does adulthood actually mean? He shows growing up as a constant push and pull between the desire for security and the urgent nostalgia for youthful frivolities. While the characters’ excessive drinking goes mostly unquestioned, it is evidently a tool of anaesthetisation for Luke and Kate, not so much an escape from the present as a delaying of the future. But, while the intent is clear, it’s difficult to elicit empathy through the boozy fog. All of which would be fine were it not for the film’s concessions to its crossover ambitions.

Wilde and Kendrick look like movie stars lost amidst a sea of scruffs. Both bring a dutiful sense of professionalism that conversely undermines the film’s endearingly rugged edges. Swanberg is at home with the tangled, low-key would-be romance, but his attempts to broaden it out feel unfulfilled at best, clumsy at worst. The inclusion of Saturday Night Live mainstay Jason Sudeikis is symptomatic of the problem; we have the shaggy, mumbling dialogue of the director’s earlier work, but we also have the outspoken comic sidekick of a studio film. It tries to merge sensibilities, but they end up clashing. Ultimately, Drinking Buddies is neither one thing nor another. There’s plenty of mumble, but it’s missing its core.