Film Review: ‘How I Live Now’ 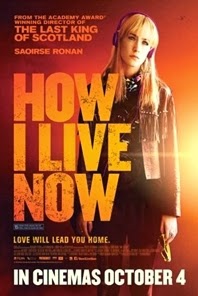 Apocalyptic teen angst is the order of the day in Kevin Macdonald’s limp and languid How I Live Now (2013), a functional – if uninspiring – adaptation of the 2004 Meg Rosoff novel of the same name. Starring Saoirse Ronan as the American relative of a rurally-situated British family, the film sees our green and pleasant land under attack from an unknown foe, commencing with a catastrophic nuclear strike on London. Though such subject matter may sound provocative on paper (indeed, Rosoff’s text is highly regarded), Macdonald’s big screen translation is too dour and generic to ever truly capture the imagination. 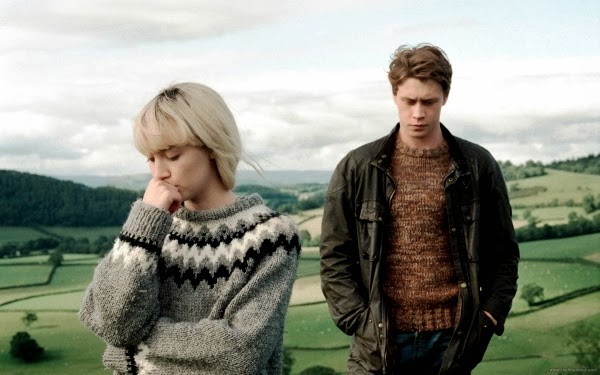 Kitted out in leather and shades, Daisy (Ronan) arrives in the UK at a time of unclarified unrest. Picked up from the airport by 14-year-old Isaac (Tom Holland), she’s soon introduced to her English aunt (Anna Chancellor) and fellow cousins, including Edmond (George MacKay, seen again this week in two other films) and feisty flame-haired 8-year-old Piper (Harley Bird). Plagued by neurosis and clearly uncomfortable in her new surroundings on Brackendale Farm, Daisy finds it hard to adjust to this temporary arrangement. Worse still, when her peace-negotiating aunt is summoned abroad on urgent political business – coinciding with the sudden outbreak of World War Three – the youngsters’ lives are changed forever.

Macdonald is certainly no stranger to the politically-informed drama, with Idi Amin thriller The Last King of Scotland (2006) and a US remake of the Beeb’s State of Play (2009) already under his considerably eclectic belt. However, How I Live Now’s lacklustre love story (between Daisy and Edmond) embedded against a semi-plausible scenario of global conflict, must surely go down as a missed opportunity. With potential high calibre comparables including Jimmy Murakami’s animated nuclear vision When the Wind Blows (1986) and the near-future dystopia of Alfonso Cuarón‘s Children of Men (2006), Macdonald’s teen-orientated offering feels more like a moody ad for chunky knitwear than a chilling portent of things to come. Ronan is also uncharacteristically flat in the lead role, unable to shake this bleak tale from its post-fallout slumber.

The younger cast members are largely commendable (Holland, in particular, is impressive once again), but How I Live Now’s Achilles’ heel is that of its protagonist – a lack of clear identity. Caught between mawkish teen romance and tame survival horror, there’s little time to invest in either approach to Rosoff’s novel before it’s suddenly ousted by the other, leaving the viewer floundering in No Man’s Land, awaiting the inevitable. That’s not to say that hybrids of this ilk can’t succeed – they can – but unfortunately for Macdonald’s latest, a decent opening soon gives way to a ponderous bulk. William Tecumseh Sherman once claimed that “War is Hell.” On this evidence, war is woollen jumpers against ashen skies.