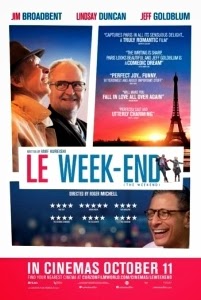 ★★★☆☆
The spirit of Godard’s 1967 classic Le Weekend lives on in Roger Michell’s playful Le Week-End (2013), a Before-style tale of an ageing British couple looking to jump-start their ailing marriage on a break to Paris – the immortal ville lumière. Starring Jim Broadbent and a memorable Lindsay Duncan as the prickly pair in question, Michell does much here to get himself back on track after the supremely maudlin Hyde Park on Hudson (2012), fleshing out protagonists Nick and Meg as believable bickerers on the brink of boredom and subsequent separation. Though hardly new ground, such marital strife does prove rich pickings. 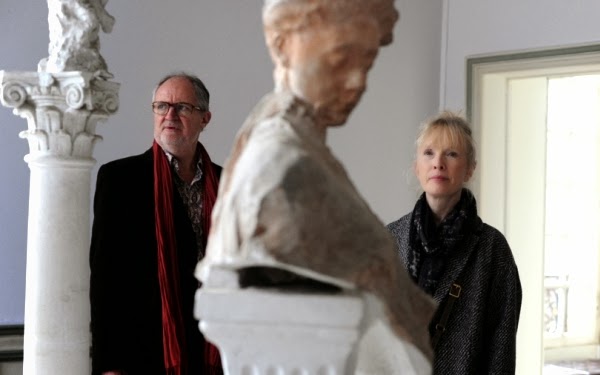 Taking a well-earned break from their respective careers and demanding adult son, Nick (Broadbent) and Meg (Duncan) hop on the Eurostar to the French capital to celebrate their wedding anniversary. However, upon arrival it soon becomes clear that trouble has begun to infiltrate paradise, with the pair sniping ruthlessly at each other (particularly Meg towards Nick) on everything from restaurant selection to conversation topics. After bumping into one of Nick’s old writing buddies in the street (a rousing cameo from a winning Jeff Goldblum), our disparate husband and wife find themselves at a party for the city’s intelligentsia, effortlessly negating the elephant in the room and in turn casting doubt over their future.

For better or for worse, Le Week-End relies a great deal on its two central performers, and fortunately Broadbent and Duncan are in fine fettle here. The former, all corny one-liners and childlike playfulness is finely opposed by the latter’s cutting ice maiden, with Meg berating Nick more like a scolding mother than a wedded lover on more than one occasion. The roots behind their relationship’s apparent floundering appear manifold, but key is Nick’s perceived predictability. A doting dad and once-author who still clings to the artefacts of his youth (Bob Dylan plays a crucial role in one musical sequence, as does Godard), Broadbent’s likeable lecturer initially appears utterly perplexed by his wife’s dissatisfaction, before taking matters – at last – into his own hands.

While positives are indeed plentiful, Michell’s Parisian promenade does lose its way somewhat during its middle section, with an extended, marijuana-supplemented conversation between Nick and the son of Goldblum’s ingratiating, if cartoonishly neurotic Morgan (played by Brit Olly Alexander) firmly on the border of redundancy. The party sequence as a whole does come across as a little forced given the al fresco frivolity that’s come before, but an all-singing (well, all-dancing) dénouement featuring Broadbent, a limber Duncan and the ex-Mr. Malcolm does at least mean that Le Week-End goes out on a feather-light, Nouvelle Vague-nodding high.