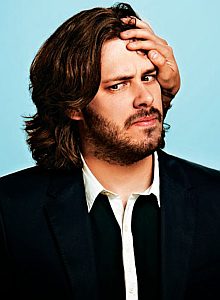 Having migrated from the small to the big screen following the sleeper success of cult TV show Spaced, Edgar Wright, Simon Pegg and Nick Frost have amassed an enormous army of fervent fans thanks to their high concept – and very British – ‘Cornetto trilogy’, consisting of rom-zom-com Shaun of the Dead (2004), buddy cop comedy Hot Fuzz (2007) and now the boozy apocalyptic sci-fi The World’s End (2013). With the closing chapter released on DVD and Blu-ray this week and Marvel’s eagerly anticipated silver screen adaptation of the Ant-Man comics next on the agenda, CineVue was given the opportunity to catch up with the film’s director, Wright, for a brief chat about the Cornetto trilogy.

Ben Nicholson: What can those who missed it at the cinema expect from The World’s End?

Edgar Wright: I was going to say that The World’s End is a film about five friends but it’s really about one guy and four former friends who he is trying to coral to go on a pub crawl that they failed to do as teenagers. It doesn’t sound like the smartest thing to do, and it isn’t – their night of alcohol-fuelled self destruction turns into a night of global destruction. It’s a drinking movie that turns into a large-scale invasion movie. 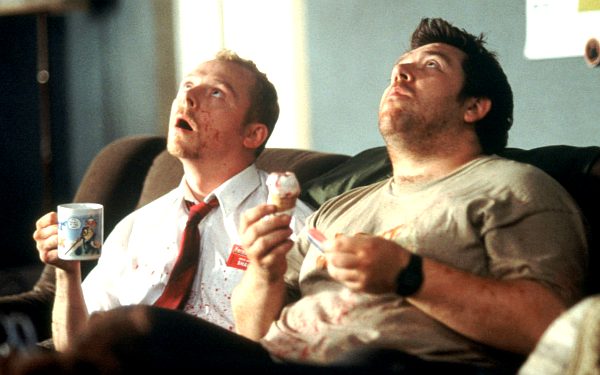 BN: Is there a thematic link running through the nature of the trilogy’s villains?

EW: All three movies have an individual versus a collective. In Shaun of the Dead, Shaun is in danger of becoming a zombie – he’s complacent, he’s lost his girlfriend, he’s coasting through work – so the zombies represent what his life could be if he doesn’t man up. In Hot Fuzz, the baddies are there to make Nicholas Angel feel like he’s gone mad, like he’s the only person doing the right thing while everybody else is corrupt. In this one, what the “baddies” are representing is something that they see as benevolent – they want to improve Earth, and improve humanity.

BN: What was it like to write the role of Gary King – arguably your least likeable protagonist?

EW: Least likeable but most fun to write, for sure – me and Simon [Pegg] had a blast. We know that guy. In certain moments of our life, Simon and I may even have been that guy, but we definitely know people like him. It’s a requiem for that guy because we want him to be okay; we don’t want to damn him, we want him to pull out of this nosedive. We all know people on a path to self-destruction, refusing help. The movie has several interventions in it; one at the start of the movie, then his friends intervene, and eventually the galaxy intervenes. I feel like he’s the only person from his year that’s not on Facebook. He’s almost this myth, this wraith, dressing exactly like he did when he was a teenager. He’s like people that you might whisper about “Did you hear what Gary King did?” or “I saw Gary King on the high street the other day.” He’s like this ghost who comes back to haunt his former friends but by the end we wanted him to be representing the human race; he’s this model human. I know Simon says he’s his favourite character to play and that’s because I think – I hope it’s evident in the movie – that we have warmth for him; we’re not out to crucify him, we want him to be okay. In a way, we’d argue that the ending of this film is happier than the previous two movies. 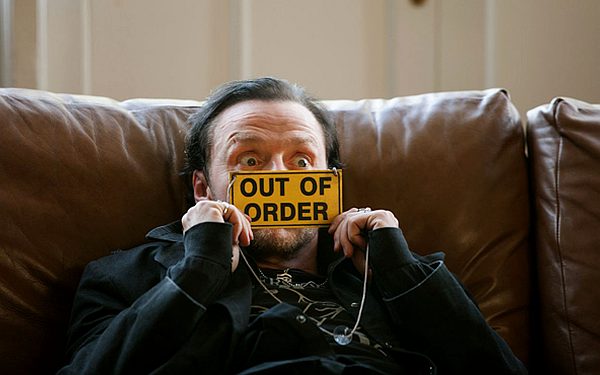 BN: Is there a pub crawl from your youth that you wish you’d finished?

EW: Well, not one I wish I’d finished but it was definitely the inspiration for the movie. When I was 18 I did a pub crawl that I didn’t finish, much like the characters in the movie and later I wrote a script about it, – when I was 21 – which I didn’t make. I then later tried to get Simon and Nick [Frost] to do this pub crawl with me, and that was even more pathetic than the first attempt! Years later, the idea that there was something deeply tragic about trying to recreate this night became the basis for the film and in a way nostalgia is the villain of the piece. It’s dangerous to look backwards.

BN: Finally, modern action tends to be quickly edited and but the action in The World’s End has a fantastic clarity to it. Was this planned or organic?

EW: We definitely came with a plan. In this film most of the actors could pull off all of the fighting and the other performers were already in the scenes – like the teens or the twins – so you didn’t have to hide anything. Sometimes that lack of clarity in action films is to hide stunt doubles, but in this, because everybody was very good at their choreography, we could have longer and wider shots. Simon Pegg’s doing this whole bit of fighting and it was just hanging back and watching him. You don’t have to go crazy; you can just observe a nice bit of choreography.

The World’s End and the Cornetto Trilogy box set both available on DVD and Blu-ray. To read our review of Wright’s latest, simply follow this link.