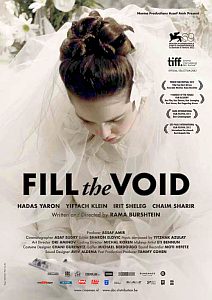 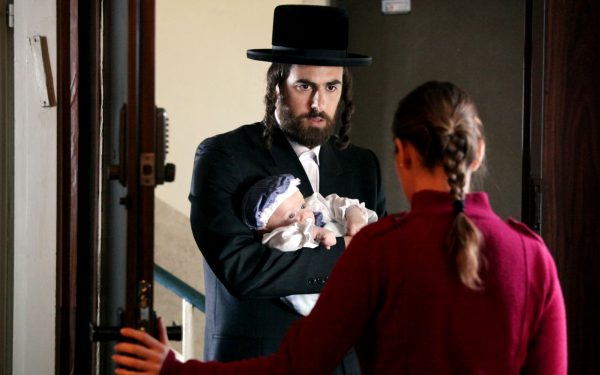 As she doesn’t want Yochay to relocate, thus taking his son and her grandchild with him, Shira’s mother proposes to match Yochay to her remaining daughter. So develops a faithfully dramatised depiction of the Tel Aviv orthodox community: there are practically no scenes set outside its cultural and religious niche, and yet the film manages to avoid being stifling or repetitive. Burshtein provides a privileged perspective on the rituals and customs of its community, revealing what usually goes unseen and therefore unknown. The Jewish collective depicted within Fill the Void is clearly divided into two main factions: the men, who retain economic and spiritual power; and the women, who have strived for final word on all family matters.

This aforementioned male versus female dichotomy is effectively echoed in the way the menfolk are difficult to tell apart – all traditional hats and sidecurls – whilst the women are a varied bunch. It’s in the latter gender’s social groups that matchmaking is discussed and future unions agreed upon. Almost all of the film’s characters are so well-rounded, and their personal and moral nagging so well-defined, that every single shot feels full of life and vitality. Most commendable of all, Burshtein treats her subject with delicacy, utilising a discrete yet scrutinising gaze and an absence of judgement rare in modern cinema.

The tone is social drama, with touches of comedy and an undeniable feel of Bildungsroman as we follow Shira’s urge to grow up and decide whether to become a dedicated wife, or to instead seek a form of mild, relative independence. Although the pace is unavoidably slow, it’s certainly never dull. Shot in soft tones, there is a constant shimmering aura of white within Burshtein’s eminently watchable debut, with the soundtrack’s traditional chanting similarly mesmerising. Though not perfect and at times a bit stiff, Fill the Void is a graceful and often amusing film that should find a small but loyal arthouse audience.