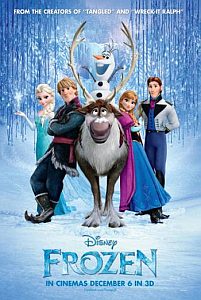 Whether it be Bambi (1942), The Jungle Book (1967) or The Lion King (1994), almost everyone has a favourite Disney animation from their childhood that still holds up on repeat watches. A terrific combination of a heartwarming story, effervescent animation and memorable musical numbers, Frozen (2013) has the potential to be that film for this generation, and is easily one of Disney’s strongest features in recent memory. Loosely based on Hans Christian Andersen’s fairy tale The Snow Queen, Frozen tells the story of Elsa (Idina Menzel) and Anna (Kristin Bell), sisters and heirs to the northern kingdom of Arendelle. 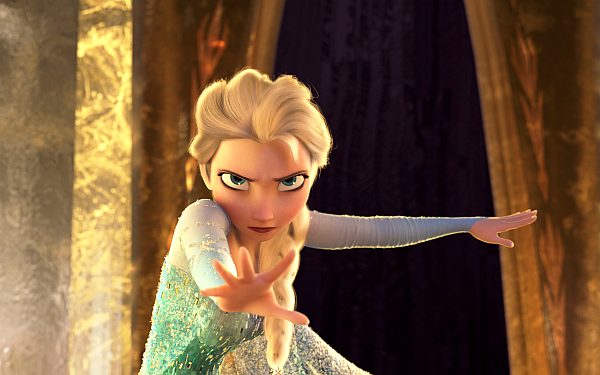 Elsa has been born with the power to create snow and ice, but after an accident injures Anna she hides her powers and becomes a recluse, growing ever more detached from her younger sibling as the years pass by. On Elsa’s coronation day her powers spiral out of control, casting the kingdom into an eternal winter. It’s up to Anna, aided by extreme mountain man Kristoff (Jonathan Groff) and enchanted snowman Olaf (Josh Gad), to find Elsa and save Arendelle. As is the case with all great animated films, Frozen has a wide appeal that should satisfy adults and kids in equal measure. Penned by writer and co-director Jennifer Lee, the narrative touches on relevant, resonant themes without once feeling overly heavy-handed.

It’s been a while since an animated film has been this unpredictable too, but the twists and turns are welcome and it all plays out in sweet, soulful fashion. At the core of the story is the relationship between Elsa and Anna. Both characters are well-written – Elsa especially benefits from not being cast as an out-and-out villain – and the manner in which the sisterly bond is repaired is a wonderful reversal on traditional tropes. Additionally the picture is gloriously animated throughout, and the innovative illustrations of Elsa’s supernatural powers – the zenith of which is the beautiful creation of an ice palace – are impressively rendered. What truly sets Frozen apart from other animated fare are the catchy, toe-tapping songs. There are a couple which aren’t particularly memorable, but For the First Time in Forever, Do You Want to Build a Snowman? and Let it Go are all magnificently performed, hum-worthy tracks that will stay with you long after the credits roll.

With her background in Broadway it’s here where Menzel is clearly in her element and her voice positively soars in these musical ballads. Voice work is strong across the board, with Gad’s Olaf supplying plenty of laughs and becoming more and more endearing as proceedings progress and Groff doing a good job of vocalising Kristoff’s heart and humour. It’s Bell’s infectious performance as Anna that’s easily the standout here though, the actress instilling the young princess with a tender core that makes her easy to root for. Back in the 1943, Walt and company weren’t able to adapt Anderson’s prose for the screen, but Frozen is about as good an update you can ask for. Between this animated delight and Saving Mr. Banks (2013), Disney have done a fantastic job of honouring Walt’s legacy, and are ending the year on a high.

Are you 18+ years old and it’s boring for you to watch this movie with your child or younger brother/sister? We’ve got some fun gambling options for New Zealand players with top NZ casinos to play in October 2022.