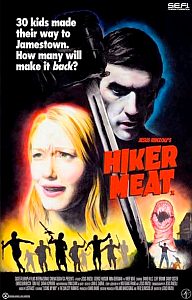 The essence of certain films are captured perfectly in their name. Take Rough Cut (2013), a pseudo-documentary about the making of a fictional horror movie (Hiker Meat) which is disappointing mainly because it seems just that – an unfinished mock-up of the movie the filmmakers would have liked to have made. As a result, we’re never one hundred percent sure what this debut feature from visual artist Jamie Shovlin, starring Agnes Aspen, Ashley Houston and Bob Young, aspires to be. Rough Cut follows the would-be filmmakers as they head to England’s Lake District to recreate the Don Quixote of slasher films, Hiker Meat. 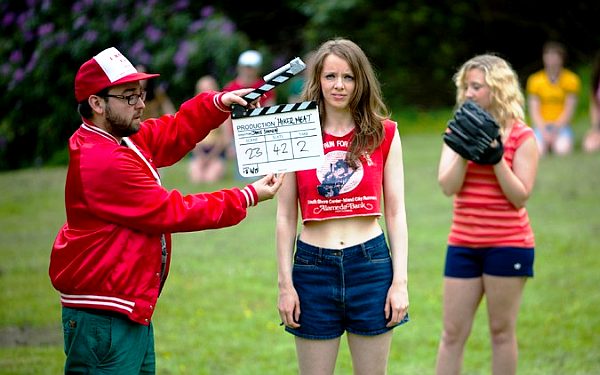 The result is an enlightening, though frequently frustrating, documentation of the highs and lows involved in the filmmaking process. As a documentary on the making of a film, this exercise could have been quite interesting. Indeed its depiction of the creative tensions involved behind the scenes during the production of a film, albeit imaginary, is the one aspect which makes this otherwise cinematic mishmash even remotely watchable. Behind the scenes, footage like the dangers involved with making a miniature house model explode as well as the complexities of trying to bring a huge worm to life for Hiker Meat’s climactic scenes, could perhaps be seen as enlightening for those not involved in the film industry.

Other aspects of the film do work well; the way titles are imposed on the screen naming famous genre films which influenced specific scenes, is original. These, along with the fact that scenes from the imagined Hiker Meat are atmospherically and inventively shot, could if taken individually have made for a diverting documentary on the wider slasher genre. However, Rough Cut’s real problem lies in the fact that it’s made by an artist first, and a filmmaker second; an undoubtedly talented individual who studied at the Royal College of Art, and whose work has been exhibited at London’s Tate Britain and the Artists Space in New York. Though intriguing in its premise, Shovlin’s bold cinematic experiment fails by being too portentous for its own good.