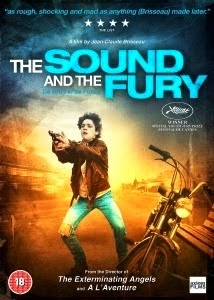 Jean-Claude Brisseau has been a mainstay of French cinema since the early eighties, despite some legal troubles in 2005 in which life mirrored art in the seediest of ways. Perhaps best known for Secret Things (2002) and The Exterminating Angels (2006), he’s a director adept in sexual boundary pushing and transgressive provocations, poised on the shady precipice between liberation and exploitation. Axiom’s rereleases of his earlier films, A Brutal Game (1983) and the Cannes Special Youth Jury Prize winner The Sound and the Fury (1988), certainly bear the hallmarks of what was to come, but they reveal a more expansive director with technical expertise and an original vision. 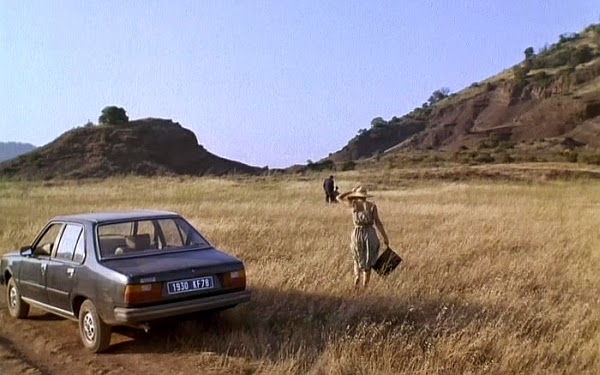 A Brutal Game starts brilliantly, skipping from a dead-eyed murder to a disabled girl dreamily extolling the pleasures of mass killing; it bears more than a passing resemblance to Bresson’s L’Argent (1983) in its ruthless efficiency. The film follows a famous scientist (Bruno Cremer) who rules over his errant disabled daughter (Emmanuelle Debever) with an iron fist. He’s meticulous and tyrannical, while she is impetuous but equally cruel in her own immature way. The dark subject matter is in direct contrast to the Montpellier sunshine; under Brisseau’s lens, it looks like a Rohmerian summer, but feels like a Hanekian winter. The tone is cautiously ambiguous, and the director holds the audience on the edge of comfort for much of the running time; there’s a distinct sense that a terrible act is always moments away.

Brisseau’s thematic interests follow various strands; from a complex sexual awakening to an incisive look at the blurred line between healer and killer. But as the film reaches its third act, themes that were initially daring become disappointingly familiar. It doesn’t exactly derail the film, but it drags it from the edge of something special. The real brutal game is to be found in The Sound and the Fury (1988), a bold, unpredictable work that audaciously blends corrosive social critique with magical realism. It follows a young lad (Vincent Gasperitsch) who moves into a high rise in Paris’ notorious banlieues where he befriends local hoodlum Jean-Roger (Francois Negret), a hot-headed delinquent from a criminal family headed by Marcel (Cremer again).

The lack of sentiment is key, and it’s the reason that the brief flickers of hope hit as hard as they do. Brisseau’s strength is in the way he subverts expectations. In one powerful scene, Marcel is advising his eldest son to quit the righteous path and start helping out with his father’s nefarious dealings. In a film about prisons – school, home and society – we realise that Marcel, a borderline sociopath, is the only free man. It’s a chilling attack on the state of France in the late eighties and is the central part of The Sound and the Fury’s despair. Retrospective criticism has positioned it as a precursor to La Haine (1995) but, while it may cover some of the same ground, it does so with its own distinctive voice. And that voice is powerful, merciless and ever so slightly offbeat.