Young rising actors are habitually chambered within their childhood successes. Their infantile performance eventually pervert their latter day stardom. Michael Cera, the faint-of-heart, puerile stutterer, must be all too familiar with this misfortune. Renowned for playing the delicate skeptic, his post-adolescent career seemed to be almost cast in pre-pubescent concrete. Yet, in a stab at unshackling the typecast, Cera’s recent endeavours have seen him play a fuzzed out party-hound for Crystal Fairy (2013), and a sex-deprived oddball in his latest, Magic Magic (2013). Both movies, directed by the 35-year-old Chilean darling of Sundance, Sebastián Silva, allow Cera to develop his acting acumen. 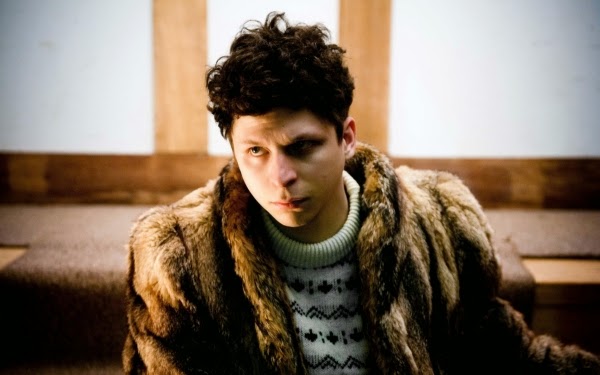 Clearly Cera’s versatility as a performer is only beginning to be permitted screen time. The only disadvantage to afflict Cera and his fellow cast members for Magic Magic here however falls to the sheer degeneracy of Silva’s scriptwriting. A psycho-thriller struggling to allocate a definite direction, this small party of well-rounded actors dilly and dally around an ill-conceived plot line that fails to disturb and succeeds in displeasing. A hysterically frenetic student, played by the capable Juno Temple, finds herself enslaved by the icy reception of her best friend’s boyfriend, his exasperated sister and a diplomat’s baneful son, Brink (Michael Cera). Set in the coastal provinces of Chile, Alicia (Temple) becomes almost instantly isolated from communication with the outside world.

After her best friend departs for a mere 48 hours, Alicia is led into a labyrinth of mind games and galling bemusement. The result of this weird upset equates to nothing more than a psychological puzzle with missing pieces. With every intention to be a tale of cerebral turmoil, this endless slew of catechisms is less of a high-brow assessment of the psyche and more of a monobrowed headache. Driving this sallow snore, however, is a score of budding talent. Temple brilliantly displays her showreel of emotions; pensive, alert, unhinged, possessed. Even when escaping the clutches of horny leg-humping sheepdogs (which happens) she encapsulates the theatrics with fine control.

Cera, as Magic Magic’s truly detestable and completely superfluous Brink, is undoubtedly another move away from his nerdy arrests in television sitcoms. Others involved in the discourse, Emily Browning as Alicia’s friend and Catalina Sandino Moreno as the stoic sister, are almost totally overlooked on camera. Most probably for the best as Silva’s scenic selection of graceless oddities cancels out any possibility of future notoriety. Cera may have a future away from his teens but we’re yet to see him put it to good use.