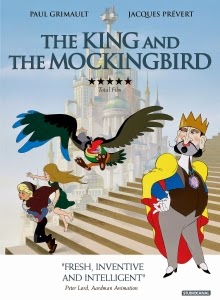 Marking the 30th anniversary of its UK debut, StudioCanal rereleases the highly influential The King and the Mockingbird (1980) in a fully restored version after a popular reissue in France last year, offering audiences both old and new the chance to experience a landmark work of sublime hand-drawn animation 28 years in the making. Long considered a masterpiece of the genre, the film is the product of a collaboration between filmmaker Paul Grimault and screenwriter Jacques Prévert who, together in 1947, began loosely adapting Hans Christian Andersen fairytale The Shepherdess and the Chimney Sweep, though complications arose and an unfinished version was released without their approval. 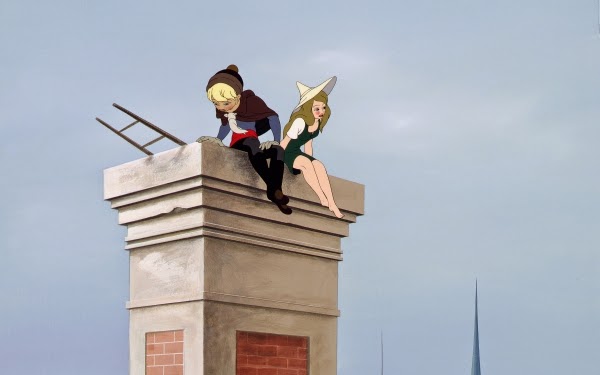 Grimault finally managed to construct a film that more closely resembled his and Prévert’s original vision, though it premièred a week after the latter’s untimely death in 1979. This version went on to win the Louis Delluc Prize, and has continued to amass critical prestige and appreciation as a precursor for future approaches to animation ever since. The film tells the story of the callous ruler of the Kingdom of Takicardia whose tyrannical attitude toward its citizens is matched only by their returned disdain. Cross-eyed and physically stunted, the king spends his days demonstrating an unrequited love of hunting whilst being continuously taunted by the titular mockingbird, also the film’s narrator, all the while pining for the beautiful shepherdess depicted in one of the paintings that adorns the walls of his quarters.

After being disposed of the through one of his many trapdoors, his painted, more flattering, doppelgänger comes alive after dark and demands the shepherdess’ hand in marriage, refusing to allow her to realise her love for the chimney sweep on the opposing wall. Under the watchful aid of l’oiseau (the mockingbird), the shepherdess and the lowly chimney sweep abscond from their brush-stroked, stilted surroundings and attempt to escape the labyrinthine palace, coming into contact with its many vertiginous heights and dangerous occupants along the way. Hot on their tail is the king’s vengeful double, who, armed with a destructive robot, will stop at nothing to win the heart of the woman he loves.

Quickly paced and oozing with visual ingenuity, The King and the Mockingbird is an off-kilter but enormously enjoyable passion project whose stance as the vanguard of gorgeous, purely hand-drawn animation is as notable as its notorious production. Peppered with impulsive creativity and continuous cultural references, from the meticulous urban design of German expressionist director Fritz Lang’s Metropolis (1927) to Rodin’s ‘The Thinker’, and presided over by a bountiful score by Wojciech Kilar, Grimault’s film is a triumph of simple ingenuity, whose memorability clearly infuses and reverberates to this day through the work of Studio Ghibli founders Hayao Miyazaki and Isao Takahata.