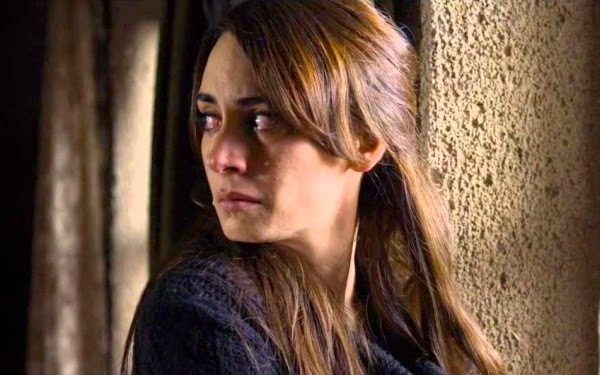 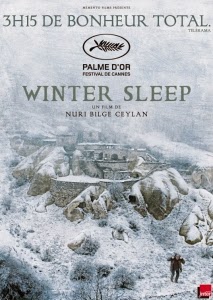 Having carried home the Grand Jury Prize for Best Film back in 2011 with the exceptional Once Upon a Time in Anatolia, celebrated Turkish director Nuri Bilge Ceylan returns to both the Croisette and the Official Competition with Winter Sleep (2014). Aydin (Haluk Bilginer) is a landlord and hotelier in a remote mountain region of Anatolia. A former actor, he passes his time writing a column for the local newspaper, chatting with the foreign guests in the hotel and contemplating his yet to be started History of Turkish Theatre. Living with him are his recently divorced sister, Necla (Demet Akbag), and his young wife Nihal (Melisa Sözen), with whom he has an intermittently distant and difficult relationship.

If Once Upon a Time in Anatolia took Dostoyevsky as its literary analogue, Winter Sleep channels Chekhov (the film indeed namechecks him) as Aydin contends with his own ambitions and the disappointment of his female dependents. A wealthy man, Aydin has aspirations to be taken more seriously with his ambitions to be a writer. The pacing of Ceylan’s latest will inevitably be a hurdle for many viewers, as a slow-burn beginning with numerous scenes of dialogue played out in full gets even more unhurried in a pair of marathon confrontations. However, the framing of every single shot is a wonder to behold and there are moments of stunning imagery (including the chase and capture of a wild horse). The slowing down of time is also thematically consistent, easing us into Aydin’s headspace.

As close as we are to Aydin – in an opening shot the camera slowly zooms in on the back of his head – our understanding of him develops just as the film does. He’s a complex and shifting character. His opportunism and sneaky cynicism contrast his laid-back bonhomie. When a tenant wants to compensate Aydin for his damaged car, Aydin airily declares that it’s all okay and he doesn’t quite recall the sum involved, while at the same time making sure that the young man does know exactly the sum he should pay by the end of the conversation, humiliating him in the process. The much younger Nihal, meanwhile, is trying in some way to compensate for a life already wasted. Feeling suffocated by her husband, she attempts to stretch out on her own, sponsoring a charity drive for local schools and flirting with the teacher who helps her, but her charity work is tainted by the source of her wealth and her somewhat selfish motives.

While Nihal delivers the first salvo in a fight to bring Aydin down a peg or two, it’s with her that he’s forced to confront the limits of his own deluded self-satisfaction, ultimately recognising that he still loves his wife. With a richness of characterisation usually reserved for hefty novels, each shot in Winter Sleep glows like a symbol, whilst each digression is almost a short story in itself. Some of the best scenes are reserved for marginal characters: a young child – the son of a tenant – throws a rock at Aydin’s car; a teacher quotes revolutionary lines from Shakespeare, genuinely infuriated by Aydin’s obstinate self-justifications. Although nothing much happens in Ceylan’s drama, in a sense everything does. Power shifts, new ideas are awoken and an old patriarchy begins to crumble with the exposure of the injustices which supported it. Even Aydin is forced to put up or shut up. To quote Shelley: “If Winter comes, can Spring be far behind?”

Winter Sleep featured in CineVue’s ‘Best films of 2014’ feature. You can read the full list here