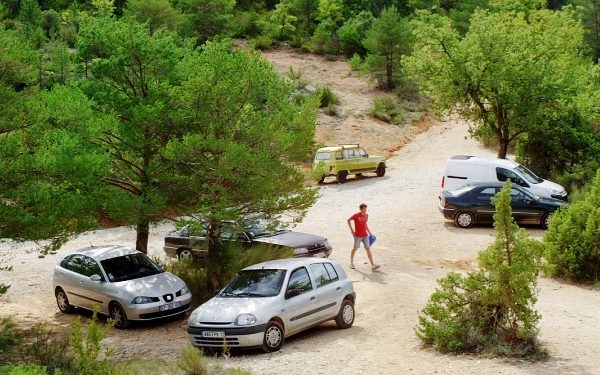 Since it first premièred at the 2013 Cannes Film Festival, Alain Guiraudie’s Stranger by the Lake (L’inconnu du lac) has gone on to garner both audience and critical acclaim in its native France and further abroad. Appearing in the Un Certain Regard strand on the Croisette, Stranger bagged its helmsman the Best Director Award as well as going on to claim the Queer Palm. An erotically-charged cocktail of murder and desire set amidst a cruising community, the film now arrives on DVD and Blu-ray (courtesy of Peccadillo Pictures) accompanied by some deserved adoration and adulation. To celebrate the film’s theatrical release in UK cinema’s last year, CineVue was given the opportunity to discuss Guiraudie’s intoxicating thriller with the man himself.

Ben Nicholson: Where did the idea for Stranger by the Lake come from?

Alain Guiraudie: It comes from my life experience and also from cruising spots, places that I know. And places that worked well with my previous films, places where you spend your time searching for something. It also comes from the big questions that we have all asked ourselves since time immemorial – desire and death.

BN: The film’s single setting is vitally important. Can you speak a bit about why you wanted a sole location and how you chose it?

AG: I wrote the story around the idea of one space and a public space, it enabled us to not see people in their own homes and to not trivialise everyday life, and to give it a mythical dimension. And I liked the idea of an enclosed space but with open skies; place where we would start off in full sunshine and slowly reduce to total darkness.

BN: There are multiple recurring shots – most notably of the parking lot. Was this repetition always in your mind, and what was the thinking behind it?

AG: There were shots that started every new day [of the story], apart from the final two days when we didn’t repeat them. What wasn’t so clear, initially in my head, was that it would be this fixed static shot of the parking lot with the arrival of the car. I’m not convinced that it was the ideal mise-en-scène.

BN: The visuals play a major part in creating a seductive atmosphere which we associate with Franck’s own feelings. How did you achieve this?

AG: We know how we approach things, but it’s part of the mystery of filmmaking. Because you’re reconstructing nature, it’s in the framing and also the editing stage. It’s a lot through the eyes of people, the point of view of how you look at something.

BN: What were your reasons for wanting to explicitly show the film’s sexual encounters and was this always your intention when writing?

AG: When I was writing it things were very explicit, but I could have filmed it all without seeing any sex. And when I was in pre-production I realised that I did need to film some non simulated sex. Because I believe that sex is an important part of love and love making and there’s no reason why it shouldn’t be shown. 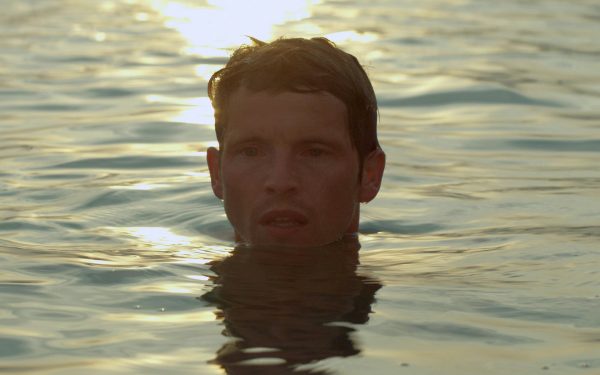 BN: There are some that have viewed Stranger by the Lake as containing an Aids allegory. Do you consider your film as a comment on the gay community, or would you prefer for people to see it as an individual’s story?

AG: As far as I’m concerned I don’t make a difference between gay and straight, and in the film the link is not really between sex and death, but desire and death. In gay terms, you make the link with death historically because of Aids. And of course you could think of Aids when watching the film, because Aids has had that effect of bringing the two closer together, but I think the film goes beyond those themes.

BN: Given that they all seem to fit their roles so perfectly, how close were the actors you hired to how you had imagined the characters?

AG: You never quite know what you’re looking for. For Franck there was something very defined in my head, but I can’t explain what it was. For Michel there was something mysterious, desirable and magnetic, although Christophe who played Michel was quite different in appearance to how I had imagined him. I was of course looking for a couple actors that worked well as a couple.

BN: Stranger by the Lake manages to retain humour even when the plot is spiralling towards darkness. How did you come up with the character of the inspector?

AG: The idea of the exterior world entering this microcosm. I kind of thought of the inspector as someone who comes to question these obvious truths of life; he asks questions that the audience would ask.

BN: And finally, who is the ‘stranger’ of the title for you?

AG: In French, the word ‘inconnu’ can relate to any of the characters – the main characters and the victim who drowns – but it could also mean the unknown passion or desire. It has a slightly different translation in English, where ‘stranger’ suggests a person only.

Stranger by the Lake is out now on DVD & Blu-ray courtesy of Peccadillo Pictures. Read our review of the film here.