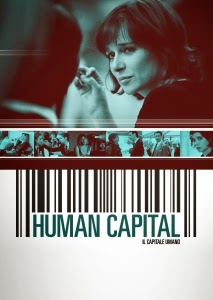 The financial crisis has hit Italy particularly hard and laid bare the structural defects of a country in serious need of reform, to the extent that even now it’s floundering in a triple-dip recession while other European countries slowly, painfully recover. Announced this week as the Italian candidate for the Best Foreign Language Film Oscar at next year’s Academy Awards, Paolo Virzì’s Human Capital (2013) takes as its target a nation mired in the greed and feckless hypocrisy of a materialistic culture which is willing to risk everything for wealth and its trappings. The party is both literally and metaphorically over in the very first shot of the film as the confetti is diligently swept up and the champagne glasses are cleared away. 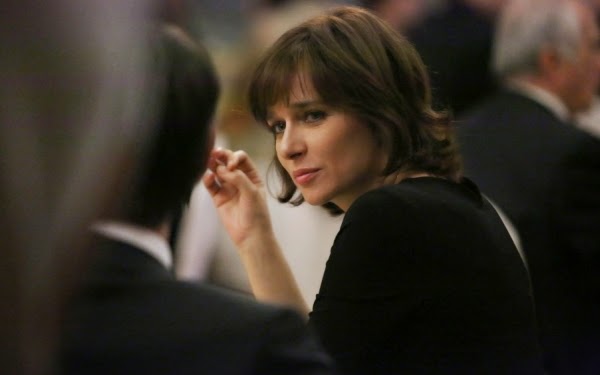 A member of the kitchen staff is cycling home when he’s hit by an SUV which predictably neglects to stop. The story then flashes back to six months earlier and a foolish decision on the part of Dino (Fabrizio Bentivoglio), an estate agent with yearnings for social advancement. In an attempt to improve his lot, Dino grabs the opportunity when dropping his daughter Serena (Matilde Gioli) off to visit her boyfriend Massimiliano (Guglielmo Pinelli) to ingratiate himself with the boy’s father, a hedge fund manager called Giovanni Bernaschi (played by the vulpine Fabrizio Gifuni). Between matches of tennis, Dino manages to get into an investment opportunity that could yield him 40%, but in order to get in on the deal he will have to invest all he has and then some, putting his whole financial future on the line in the process.

Meanwhile, Carla (Valeria Bruni Tedeschi) Giovanni’s neglected wife distracts herself with a quixotic and whimsical quest to save an abandoned theatre. Based on American writer Stephen Amidon’s 2004 novel, Virzì tells the story in a series of chapters which replays the summer of the meeting and the winter of the accident from the varying perspectives of different characters, hiding the identity of the hit and run driver like a Rashomon-style whodunit. Although this thriller like approach makes the unveiling of the story intermittently interesting, Human Capital stumbles on its blandly predictable, two dimensional characters and the implausible melodrama of its latter stages. The social tragedy is reduced to a parable of individual greed rather than any deeper structural problem in Italian society, and the one working class character, the unfortunate cyclist, is reduced to a narrative MacGuffin.

The other characters are either hopelessly venal, such as the utterly abhorrent Dino – one of the film’s unexplained mystery is what his second wife, a psychiatrist played by Valeria Golino sees in him – or insipidly stupid, in the case of Carla. Indeed, stupidity becomes something of a narrative motor as the film progresses with characters making transparently and senselessly dumb decisions in order to exacerbate the dramatic irony and expedite the increasingly convoluted plot. A character types an incriminating email and then wanders off for a cathartic shower, leaving the computer on and the email open on the desktop. At this point, the viewer might begin to envy the cyclist for having left Human Capital fairly early.