Film Review: ‘Wish I Was Here’ 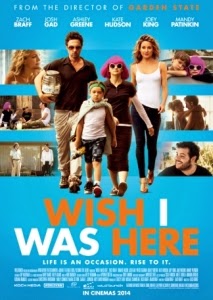 A decade since his directorial debut Garden State (2004) offered him a platform to air his views on the quarter-life crises of a handful of waylaid young adults, ex-sitcom star Zach Braff (Scrubs) returns to the silver screen with Wish I Was Here (2014), a part-Kickstarter funded pet project he co-wrote with his brother Adam J. Braff. Though his previous, extremely divisive first feature went about meeting tooth-grating sincerity and a studied cavalcade of quirk (Natalie Portman played a Shins-loving pathological liar) with genuine visual promise, it’s made to look like a masterpiece compared to the excruciating Wish I Was Here, which strikes a curious balance of having too much to say and yet saying nothing at all. 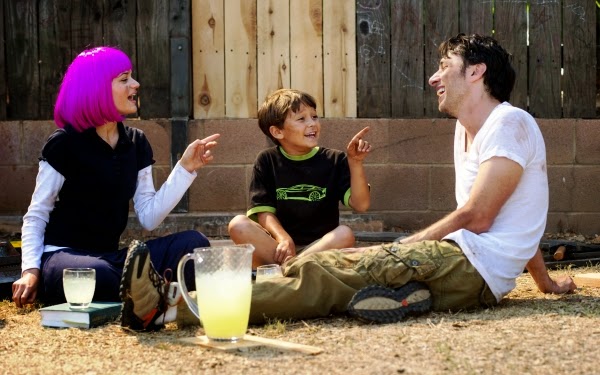 Braff stars as Aidan Bloom, a struggling actor whose career peaked with a shampoo advertisement years ago, and who has been struggling to find gainful employment ever since. Relying on his understanding wife Sarah (an extremely underwritten role for the normally captivating Kate Hudson) – the sole breadwinner to a family of four, Aidan goes about his life constantly awaiting the big break he knows will eventually arrive, no matter how many bit-part auditions he has to endure. He unsuspectingly stumbles upon a wealth of bad luck, however, when his father, Gabe (Mandy Patinkin), reveals the cancer he once beat into remission has since returned with force, and that he will be using the money he usually pays his grandchildren’s private education with for a potentially effective experimental medical procedure.

Deciding to home school his kids – the easily distracted Tucker (Pierce Gagnon) and academic Grace (Joey King), who’s deeply invested in her family’s Jewish roots – Aidan goes about learning life’s lessons by offering them a decidedly different education, all the while attempting to reconcile the strained relationship between his father and layabout brother Noah (Josh Gad). Though it’s a somewhat interesting prospect to witness the ways in which Braff has matured over the past decade, not just personally but through the way he infuses his art with thoughts, issues and desires, the way they are deployed in such an overly whimsical and almost unbearably melancholic manner prove he hasn’t learnt from his past mistakes. Essentially an impressively soundtracked jumble of kooky sequences slathered over a predictable plot, Wish I Was Here is an extremely shallow affair deluded into thinking its ostensibly deep themes and messages are perceptive and provocative.

Amidst its sloppily pieced together, semi-autobiographical story, the film is also rife with pseudo-philosophical musings on life, death, maturity, patriarchy and how orthodoxy – and especially spirituality – works within a contemporary nuclear family. Not only are these over-egged to the point of intolerability, it’s all supplemented by Braff’s affinity for Scrubs-level humour (dogs urinating on things, Rabbi’s bashing into walls whilst driving Segways etc.) which is more embarrassing than humorous. However much Braff deserves kudos for resisting being chewed up by the mainstream machine a decade previously, if Wish I Was Here is the type of drivel he waits so long to subject audiences to, then another ten year wait for his next project is perhaps too short a time.