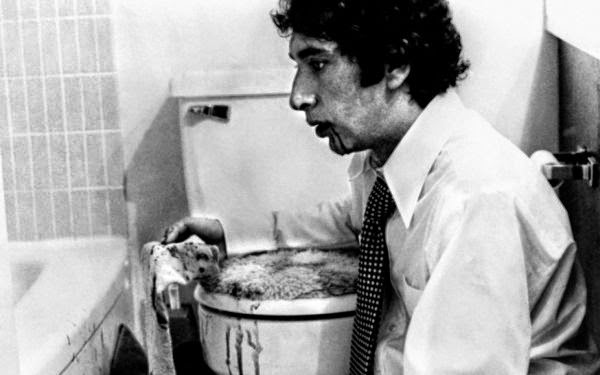 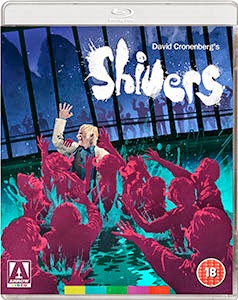 Almost forty years after its first release, Shivers (1975) is still difficult to watch. Even for a director as renowned for his bizarre visions as David Cronenberg, his first big budget production – known under several alternative titles including They Came from Within and Orgy of the Blood Parasites – this film is weird. Starring ‘Queen of Horror’ Barbara Steele and actor/singer Paul Hampton it is not for the squeamish, or easily offended dealing as it does with several taboo subjects. Welcome to Starliner Towers, an ultra-modern apartment block where residents can live in peace and harmony, with their every need catered for.

However, this cultural utopia set on a suburban island, is also the home of Dr Emil Hobbes (Fred Doederlin) who has created a parasite which he believes could be the cure for several serious illnesses. His creations, though, have minds of their own, obsessed with only two things – sex and death – and they have now got loose in the apartment block with devastating results. You know a film featuring creatures that infect their prey, driving them into sexual frenzies which culminate in the parasite being passed from one host to the next by means of bodily and sexual contact, is never going to be your normal, run-of-the-mill horror film: the fact it’s made by Cronenberg should warn you of this. This was the director’s first mainstream feature which may explain why, when watched now, it intermittently appears quite amateurish.

While slick in appearance, the performances by several of the actors (Barbara Steele apart), appear stilted in parts – this was the only film that some of the cast ever appeared in and it shows. The acting, though, isn’t really the focus of attention here. With hindsight, this can now be viewed as the first example of the genre that Cronenberg would go on to make his own – body horror. Later films like Rabid (1977), The Brood (1979), Scanners (1981) and specifically the notorious Debbie Harry vehicle Videodrome (1983), took this particular sub-genre to new heights, but it was Shivers that laid the groundwork creating the blend of sex, distorted psychologies and horror which became Cronenberg staples and his signature style in the years to come.

Often located in utopian and experimental, futuristic environments, the settings for his work allowed free reign to his imagination, with the creation of terrifying creatures and scenarios as highlighted here. Continuing with their sterling work in bring alive a host of horror classics for a whole new generation, Arrow Video have produced a wonderfully sharp Blu-ray edition of the film. The release, complemented by a host of extras including interviews with several of Shivers‘ cast and production crew, sheds new light on this disturbing classic.