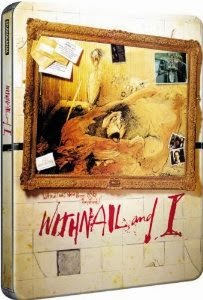 Since its bow in 1987, Bruce Robinson’s semi-autobiographical black comedy, Withnail and I, has become a bona fide cult-classic. For years audiences have revelled in its depictions of drunkenness, drug addiction and camp debauchery. Subsequently, Robinson’s most well-remembered film has garnered a great deal of mythologising and alcohol-fuelled hyperbole. However, scythe through its now legendary status, and the alcohol-fuelled tale still endures as a timeless comic masterpiece, capturing Britain in the fading frenzy of the tale-end of the Sixties, with Richard E. Grant and Paul McGann starring as our thespian anti-heroes. 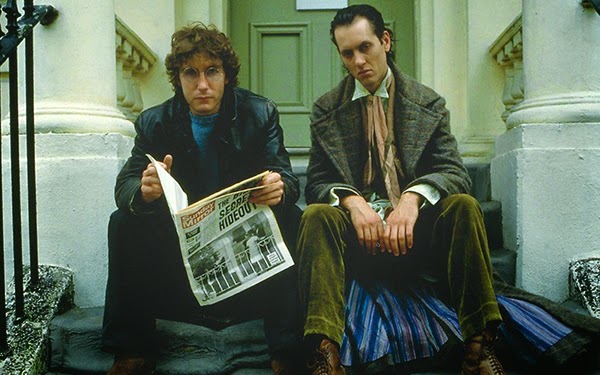 Withnail (Grant) is a screeching, scarecrow figure, decked out in stained, billowing shirts, and the endless folds of his greying tweed coat, happy to swill down lighter fluid at a moments notice. I, or Marwood (McGann) is a neurotic mess that, like his partner in crime, lives off a heady mix of drug cocktails and booze. The pair teeters on the edge of sanity, where Withnail’s outrageous bitter acid-tongued remarks are spat at his paranoid flat mate, between rounds of cheap beer and whiskey. London is shown as a sinkhole, with darkened skies and squalid flats, populated by threatening figures that haunt cafes with peeling linoleum floors and nicotine stained pubs. It is unsurprising that the pair spring upon the idea of escaping to the country for a weekend away in a tumbledown cottage.

Courtesy of Withnail’s lecherous, ruddy-faced Uncle Monty (played by the late Richard Griffiths in a career-defining performance) it is far from the promised idyll and is more like something Stella Gibbon’s imagined with Cold Comfort Farm. The pair spend their holiday wandering around in “beastly mud and oomska”, having to butcher chickens, battle ell-peddling poachers and dodging horny bulls. Matters are only made worse when Monty arrives and starts fluttering his eyelids at young I, whilst Withnail works his way through as many bottles of merlot as he can. Whilst the depictions of town and country are hilarious, and yes, every line is carefully crafted, it is the sorrowful notes that Robinson manages to chime that make this British classic endure. It is a swan song to the end of an era, when a generation had to settle into the worst hangover they would ever face.

A garishly macabre vision of a Britain exiting the war years and trying to come of age, it presents a time when society was ridding itself of the shackles of its Best-Of-British conventions, and forging a new path. Sadly though, with any coming of age tale there are those who are unable to grow at the same rate. Withnail is one of those, too happy to take all the pleasures, and never wake up to reality. The duo was destined to part and go their separate ways. Marwood cuts his hair and gets and job. Withnail is left with the clink of empty wine bottles, the dog-ends of fags, and the words of his drug-dealer Danny – “The greatest decade in the history of the world is nearly over… they are selling hippy wigs in Woolworths.”