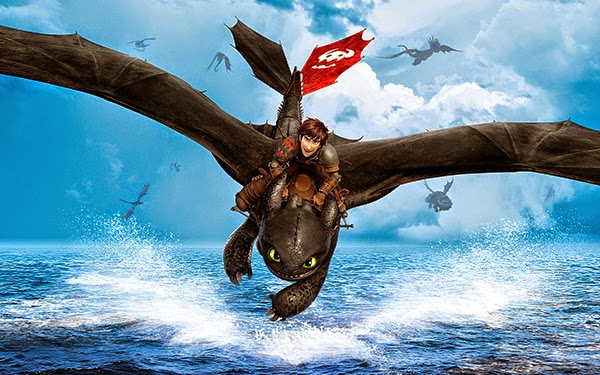 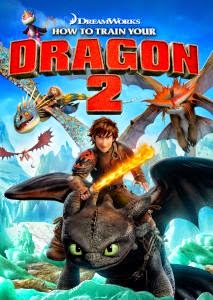 After 2010’s How to Train Your Dragon proved to be one of the more entertaining entries in the previous decade’s proliferation of animated features – as well as arguably one of the few genuinely decent DreamWorks Animation products – its inevitable sequel, How to Train Your Dragon 2 (2014) sees the company exploring the universe it so successfully created first time round. Continuing to be loosely based on the book series of the same name by Cressida Cowell, this second instalment in a planned trilogy sees director Dean DeBlois going solo this time round, proving to be a filmmaker worthy of crafting engaging narratives wrapped around pertinent and universal themes.

The original film concluded with the Viking village of Berk befriending the dragons they had once deemed a threat, treating them as equals. Five years on, its citizens appear to be living in unchallenged harmony. Jay Baruchel returns as the voice of peg-legged protagonist Hiccup, son to village chieftain Stoick (Gerard Butler), who, along with his trusty winged cohort Toothless, goes on adventures across previously unexplored terrain. When they discover an unmapped ice cave home to hundreds of new wild dragons and the mysterious ‘Dragon Rider’ (Cate Blanchett), Berk comes under the unwanted attention of Drago Bludvist (Djimon Hounsou). Toothless and Hiccup find themselves in a battle to protect the peace from this evil conqueror, who plans to take over the world with a dragon army.

Opening with a rousing sequence of dragon-utilising ‘Viking Racing’ – a sort of medieval Quidditch –How to Train Your Dragon 2 is a fun second outing in the franchise, one that takes its fleshed out characters on a journey of bravery and self-discovery. Essentially a story about parental issues (Hiccup’s demanding father and his absent mother) that’s sometimes drowned out by the din of the surrounding plot driven by a weak and unmemorable villain, the film has enough heart to make up for the action-packed distractions. Though the character animation is slightly stiff and dead-eyed, it contrasts greatly with the visual exuberance elsewhere, with the expansion of the universe and the different abilities, insignias and personalities of the dragons the characters encounter paying off in the many striking sequences on offer. Zipping along at a swift pace and never outstaying its 89-minute runtime, this is a likable prelude to a trilogy closer that promises even greater adventure.