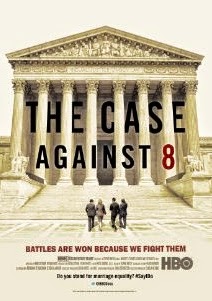 The Case Against 8 (2014) looks at one of the most divisive issues in contemporary American life: that of same sex marriage. Directors Ben Cotner and Ryan White track the five year battle to get California’s Proposition 8 overturned. Prop 8 as it was colloquially known was a state constitutional amendment passed in the November 2008 California state elections that overruled same sex marriage. In the beginning we have a unintentional example of simultaneous joy and despondency, with the celebrations of Barack Obama’s election as the 44th president shortly followed by the news that the state of California had voted to revoke the marriage rights of same-sex couples by a marginally 52.24% to 47.76%. 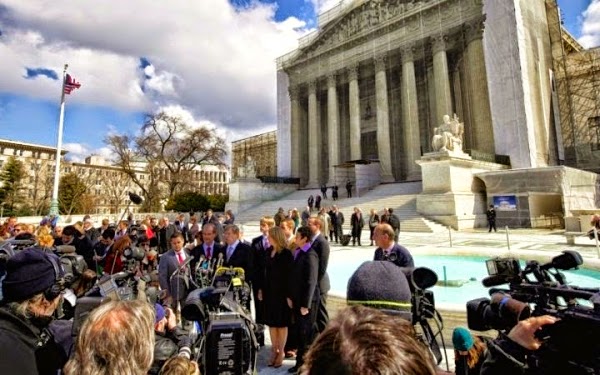 Post-election the founders of the American Foundation for Equal Rights (AFER) – activist Chad Griffin and filmmaker Rob Reiner – decided on a lawsuit against California and Proposition 8. The film is comprised of a trilogy of coupledom that reference each other throughout. After the decision to set the legal challenge in place AFER needed two couples to serve as plaintiffs. The filmmakers decide not to go into details on this process, which feels like a missed opportunity. Instead we’re given the two couples as a fait accompli. The couples in question are Kris Perry and Sandy Stier, a lesbian couple from Berkeley, and Paul Katami and Jeff Zarrillo from Burbank, who refuse to bring children into their life until they can marry – perceiving the term ‘domestic partnership’ an example of their second-class citizenship.

These partnerships are the beating heart of the film and their fearless trepidation is a Queer retelling of Hemingway’s fanciful grace under pressure. The third couple in this tripartite of human rights fighters includes a solitary figure most outsiders would instantly judge as being on the wrong side. This minor element of the film is as interesting as the legal fight for equality. For the film provides an example of that rarest of rare beasts: American Political Bipartisanship. Chad Griffin in the film admits he was shocked when the suggestion that conservative lawyer Ted Olson would be interested in fighting on their side. Griffin says that he would always define his position as opposite to where Olson stood. The film is a powerful evocation of the permanent revolution of the battle for equality and human rights, but ultimately The Case Against 8 is stymied by the reversal of the legal decision not to allow the legal case to be filmed. This means we have to hear the protagonists read from the official transcript snatching away the energy and drama from a film that become something else entirely.

Only by watching and listening to the heroic endeavours of all involved and various Hollywood professionals do we realise that this is one instance where a dramatic feature film would reach more people who sit on the opposing side rather than powerful preaching to the converted. Since marriage equality at the federal level has now been recognised in the US many may feel that this film is unwarranted but two instances prove this to be baseless: President Obama near the end of the film rings Chad Griffin to speak to Kris Perry and Sandy Stier and congratulates them, this is the same man before this occasion who didn’t support single-sex marriage. Secondly the on screen text at the end of the film that reminds us 33 U.S. states continue to deny gay men and lesbians the option of marriage – even if it’s enshrined in Federal Law.

For more info about The Case Against 8 and for upcoming screenings, please visit dogwoof.com/thecaseagainst8.