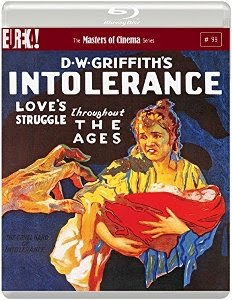 The release of D.W. Griffiths’ technically dazzling and morally contemptuous The Birth of a Nation in 1915 provoked outrage from the American public. Archaic racial stereotypes were roundly condemned, and according to legend this reaction partly prompted the themes of his next film, the epic and ambitious Intolerance (1916). Subtitled ‘Love’s Struggle Throughout the Ages’, it laid out the folly of humanity’s historical prejudice and rivalry spread across two thousand years in a complex, cross-cutting multi-strand narrative. Now released on stunning blu-ray by Eureka’s Masters of Cinema collection, it has deservedly been hailed by some as the masterpiece of silent cinema. 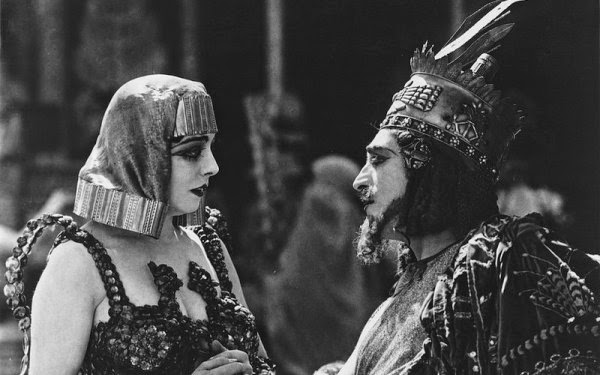 Ironically, Intolerance fared less well than Birth of a Nation’s reprehensible glorification of the Klu Klux Klan had two years earlier, flopping commercially and arguably signalling the beginning of Griffith’s professional decline. It has since remained a film that divides critical opinion. There is adulation for the scope and command of editing techniques, while some are less enamoured with confused plotting. It is breathtaking filmmaking, however, and is widely accepted as part of the director’s canon that has shaped the narrative language of modern cinema. The story takes in four distinct times: the fall of Babylon in the 6th century BC; the conviction and crucifixion of Jesus; the 1572 St. Bartholomew’s Say Massacre in Paris; a modern story about persecution and poverty in 20th Century America.

Intertitles are relied upon to set the scenes, at least early on, while Griffith criss-crosses back and forth between these unrelated tales, seguing from one to another at moments of thematic confluence. Expertly stepping between narrative streams, he stitches them together to build tension across disparate stories using action in ancient Babylon as an analogy for the suffering of a poor wretch in the modern day and vice versa. All the while, the romanticised Eternal Mother (Lilian Gish) rocks the unending cradle of humanity, connecting the stories and providing metaphorical nurture for emerging generations. Working largely in archetypes – he furnishes his characters with names such as ‘The Dear One’ (Mae Marsh) and ‘The Boy’ (Robert Harron) – motifs remains foregrounded rather than the intricacies of individual actions.

Regardless of its flaws, Intolerance manages to be a riotous and thrilling watch almost a century after its creation. While the sequences concerning Catherine Médicis (Josephine Crowell) and Jesus (Howard Gaye) are less substantial and serve almost solely allegorical purposes, the betrayal of Babylon by spurned priests, and the drama as a man attempts to avoid the gallows are utterly gripping. The incredible sets and lavish production values speak volumes about Griffith’s prior success, but he is not resting on his laurels. Intolerance may not be perfect, but with such gargantuan spectacle and timeless mastery of form on show, it is nigh on impossible not to be swept up by this centruy-spanning extravanganza and its medium-shaping impact.