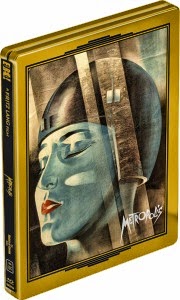 During the making of Metropolis (1927) Germany was caught in a tundra of political restructure and cinematic prosperity. Beneath the cindered waste cast aside by the First World War was a fatherland set for reform by the Weimar Republic and a film industry set to take the world stage. The so-called ‘ethic of change’ was in the air and the country’s cultural isolation was dwindling. With the realities of war being all too real, the Expressionist movement was en vogue and German auteurs were at the forefront of an artistic uprising. The likes of Robert Weine and Fritz Lang were paving a macabre, fantastical path that would reshape the forms of storytelling. Deep in metaphor, heaped in rhetoric. 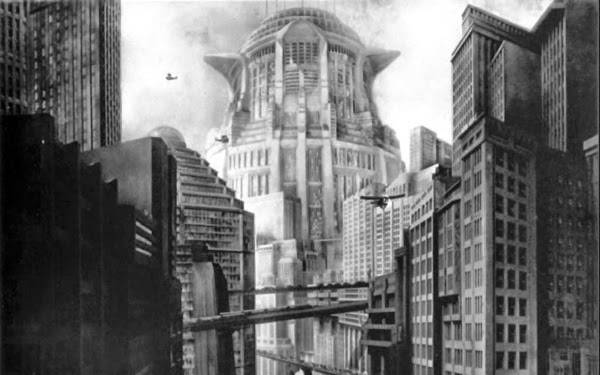 Lang, in particular, drew strong influence from the Weimar regime, casting it against tales of the imaginary. Come the release of Metropolis, Lang had completed a work that would be forevermore be pinpointed as the moment that film evolved. Vast in scope, dense in allegory, Lang’s marriage of fiction and idealistic projections of the future forged a genre still being perfected today. Cinematic Science Fiction at the time was subject to whimsical shorts and amateur direction. Collating inspiration from the New York skyline and heavily influenced by Art Deco overtones, Lang constructed a semi-gothic dystopia; an alien and absurd picture of urban expansion. It’s a story of desperate revolt against human greed and the survival of social equality in an ever-growing industrial landscape.

The conventional hero (Gustav Frolich) and heroine (Brigitte Helm) are employed almost as a safety net to aid in recovering the film from overstepping the zealous mark it sets itself. Their hyperbolic performances are fully attuned to the customs of silent film; over-the-top, emotionally crazed with only their facial expressions to convey feeling. At times, the narrative is wholly incomprehensible. Yet the mass of thematic symbolism, from Marxist to Modernist, is just as magnetic in the present age of sci-fi as it was when original released. Metropolis initially stuttered. Its budget was enough to fund dozens of films for the time and its lengthy, ornate idiosyncrasies didn’t sit well with the critics. “Naïve” some called it. Yet it’s the naivety of Lang’s overbearing vision, his ignorance to restriction and refusal to confinements that make it so significant. Today, we cannot think of a production that hasn’t in some vein taken note from Lang’s depiction of the future and all the horrors it carries with it. Metropolis truly is a benchmark for cinematic innovation; one we’ve struggled to better.