Blu-ray Review: ‘Two for the Road’ 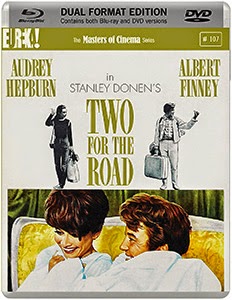 Stanley Donen could see the writing on the wall. The counter-culture was dawning and it was only a matter of time before the spirit of the Beats and the sexual force of Elvis reached the American cinema. The country was changing around him and he offered an unconscious reaction in the form of a classical Hollywood musical. Funny Face (1957) took Old Hollywood to the counterculture and tore a strip off it. It was showbiz as artistic imperialism, with Donen turning a song and dance number into a form of cultural battering ram, taking on the beatniks, the bohemians and the dropouts. It was a last hurrah for the Hollywood musical, but Donen offered neither a limp celebration nor mournful epitaph. 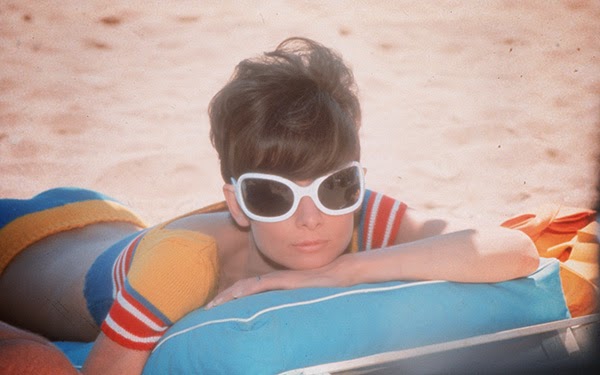 Instead he made a spiky, vivacious picture that could sense the changing tide but couldn’t care less. A decade later, the studios were truly on their knees and the movie brats were primed to take over. One could almost hear the roaring engines of Peter Fonda and Dennis Hopper’s motorcycles in the distance. So Donen, the consummate Hollywood survivor, beat them to it. Two for the Road (1967) is, like Preminger’s Bonjour Tristesse (1958) or Frankenheimer’s The Manchurian Candidate (1962), one of the great New Hollywood pre-cursors. While its progenitors may proclaim Bonnie & Clyde (1967) as an artistic revolution, the truth is that the road was paved by auteurs of the studio era working outside their comfort zone. Two for the Road is a proto American new wave marriage drama that sizzles and bites.

With its non-linear slicing and dicing, it confronts us with our own failure to maintain loving relationships. We essentially have the romance and fallout of Joanna (Audrey Hepburn) and Mark’s (Albert Finney) marriage, structurally scattered so that we take individual moments that are burdened with history as their own isolated mini-dramas, thus amplifying the absurdity of a disintegrating relationship. The cuts can often feel like electric shocks as we move from a moment of swooning bliss to unspoken rage. The sum of these bittersweet parts is the question that is central to the picture – why do we do this to ourselves?

There is a certain deliberate inelegance to the approach, which is all the more extraordinary given Donen’s studio background. The work bears the burden of Classical Hollywood, making it not only a film about two people decoupling, but a striking example of forms in combat, struggling for a dominant voice. This was embodied in Hepburn – a studio star too late for the Golden Age. She was never more committed to shedding her own aura than in 1967 (when she also made the audacious Wait in the Dark), and this is the closest she came to tuning into the tenor of the times.Two for the Road is a picture about senseless clashes yearning for harmony; between people, between eras.