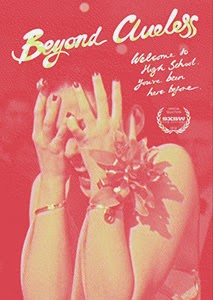 As something of a voice of a modern cinema-going generation, British multimedia wunderkind Charlie Lyne has forged a career out of thoughtful irreverence, crossing multiple platforms to make his contemporary and pop culture-savvy voice heard. Serving as critic and journalist for both The Guardian and his own blog Ultra Culture – which also sidelines in twinning film premières with a keg and a sing-song, Lyne now makes the somewhat inevitable leap to filmmaking with his debut Beyond Clueless (2014), a documentary that takes an extensive look at the decade-long, seminal years of the teen movie sub-genre. 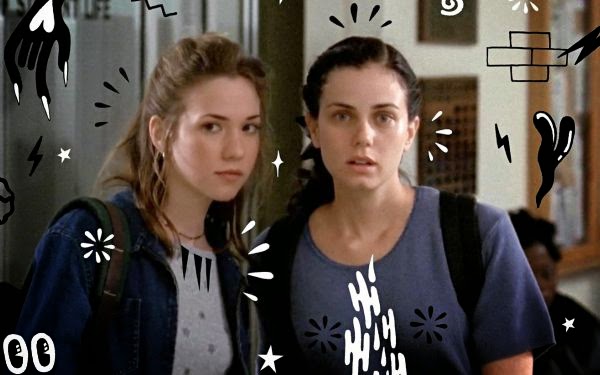 Portioned into five parts (entitled Fitting In, Acting Out, Losing Yourself, Toeing the Line and Moving On) that act as its spine, Beyond Clueless almost immediately sets into its ambitious modus operandi: compiling, contextualising and sometimes reassessing a veritable trove of teen films, from cult favourites to the critically vilified. Perhaps what served as the film’s initial source of inspiration is Andrew Fleming’s The Craft (1996), treated here as the urtext upon which the film bases its entire thesis. It also nabs that film’s star, nineties favourite Fairuza Balk, whose velvety tones lend the film’s narration a sense of knowing seduction. A problem, which the film continues to exhibit as it goes on, is that this eventually turns into merely an extensive – if interesting – plot synopsis laid over mediated clips.

Lyne carefully positions The Craft as a key text that allows him to unpack its precise structuring and universal themes of otherness, alienation and clique culture and comparing and contrasting them with the rest of the extraordinarily curated, two-hundred strong list of films. These stretch from such established titles as Mean Girls (2004), Cruel Intentions (1999) and 13 Going on 30 (2004) to lesser known but equally ripe oddities like Bubble Boy (2001), Idle Hands (1999) and Slap Her, She’s French! (2002), all of which are widely researched and given genuinely thought-provoking consideration and analysis. With what could have been a somewhat limiting scope, the specific ten year timeframe gives the film an exact contextual viewpoint, pinpointing and expounding the decade as the apotheosis of this most popular of genres. It also allows for a more thorough investigation into what were clearly essential films to Lyne’s formative years, allowing him a more reliable stance to reflect upon such era-defining elements as the soundtrack, with the documentary’s own ably provided by indie pop band Summer Camp.

Fully funded by more than five hundred eager Kickstarter backers in January 2013, Beyond Clueless is a remarkable redressing of the cinema essay style of filmmaking, combining a brilliantly written and scholarly script with an intellectually stimulating – and not to mention incisively cathartic – approach. Alongside the abundance of well-explained arguments, perhaps the most interesting summation the film concludes with is a comment on the blurred lines between teen films and the everyday reality of American life. Though the tales of high school angst and teenage debauchery are outwardly fictional, what’s apparent is that each film draws upon the unwritten rules of the high school and vice versa – a never-ending cycle of imitation and influence.