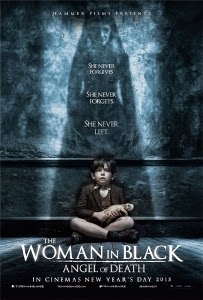 If one genre above all others is suffering from over saturation it is the horror genre. You can barely go a couple of weeks nowadays without seeing posters going for the latest offering shimmying its way down the genre conveyor belt claiming to be the “scariest film of the year” or “the most frightening you’ll ever see”. While they remain relatively inexpensive to make, the general cinema populous can’t get enough, blessing such films with monster opening weekends and sequels or spin-offs flying into production almost immediately. One such example is The Woman in Black: Angel of Death (2014) which seeks to capitalise on the success of the Daniel Radcliffe-starring original of 2012. 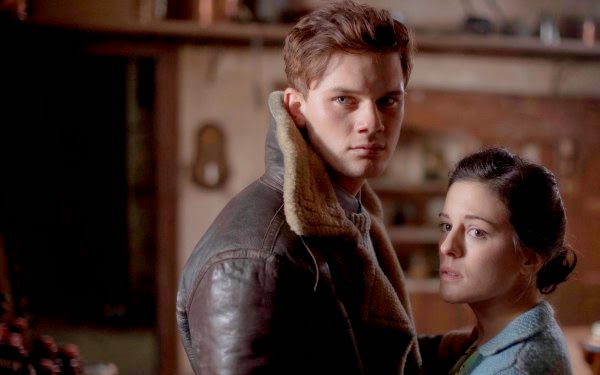 It may sound harsh to claim that 21st century horror in general lacks scares, but the great modern treats in the genre are being lost adrift in a sea of sub-par frighteners. Like many of the other horror films of recent years, sadly, Angel of Death also fails to deliver many scares at all. Hammer Horror, the great British film company who have become synonymous with superb content over the last half a century, had great success with the previous Woman in Black, thanks in part to the involvement of the aforementioned Harry Potter star, but also to the fact that it was a decent little shocker. Where that film, and indeed the novel and stage show it is based on, combined fear and atmosphere into a chilling and satisfying whole, the sequel is hell-bent on trying to make you jump as often as possible.

It undermines and cheapens any of those small scares that do actually work, and in turn makes the movie uninteresting and tedious. Director Tom Harper, who has spent his career thus far in mostly television productions (he is directing the BBC War and Peace adaptation currently), does a decent enough job at creating the right look and feel for the film, encasing it in shadows while keeping proceedings succinctly monotone and void of any real hue of color. But despite showing potential, he is let down by an insistence on continually endeavouring to make the audience jump. Indeed the lazy, ineptness of the screenplay doesn’t help matters, and writer Jon Croker seems keener on ticking every box in a notional ‘How To Make A Horror Film’ manual than creating enduring characters or a truly riveting storyline. Lead Phoebe Fox shows gusto and enthusiasm but is given little to do but shout, scream and look wide-eyed, while War Horse (2011) lead Jeremy Irvine is flat and charmless. There will be those for whom Angel of Death provides precisely what they are after, but a couple of brief flashes of quality aren’t capable of making the film anything close to creepy enough.