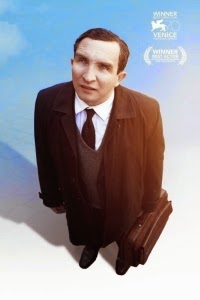 In Still Life (2013), Uberto Pasolini crafts a small, but poignant and well performed tale of life and death. It revolves around a dedicated South London council employee, played with gentility and humanity by Eddie Marsan, whose job is to track down the relatives of the recently deceased. Mr. May (Marsan) is a meticulous individual utterly dedicated to his job. He may not be fast, but there’s little doubt over how much he cares about getting the living to pay their respects to the dead. Day in, day out, May writes eulogies and attends the funerals of the people who have died alone in the London borough of Kennington. 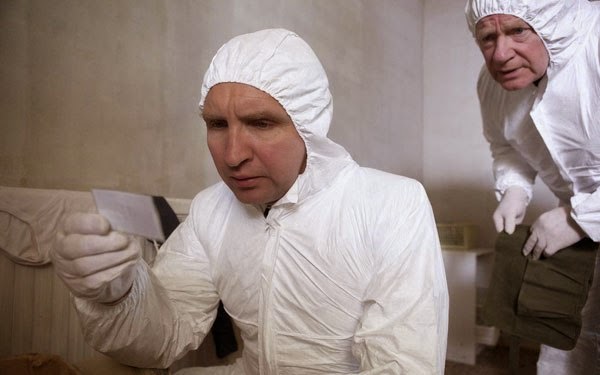 Throughout, Pasolini captures and repeats stills of London showing that life continues on, never stopping for those who have died. Only Mr May pauses to remember. From, photos, LPs, or the odd letter, that the deceased leave behind, he patches together who they were in life. Even if no one else remembers, Mr May will. The sense of care that he brings to each case is perfectly evident. He calmly stares as the creases of a pillow where a head once rested or the imprint in a tub of moisturiser where a hand once was. The entire film rests on a simple question; how, and by whom, will those who have no families be remembered? There is a great sense of dignity to Still Life and it brings to mind Carol Morley’s 2011documentary Dreams Of Life, which concerns similar subject matter.

Here, like in Morley’s film, there is an exploration about whether the community of the capital has broken down so much that when someone dies alone no one stops or cares. After 22 years of dedicated service, Mr May is let go by his callous boss Pratchett (Andrew Buchan), whose life view is “they are dead, they are not there, and they don’t care”- a view in stark opposition to that of the protagonist. With one case left to close, Mr May heads across the country tracking down the family of man whose few belongings include pictures of his presumed daughter. Before embarking on the journey we see him stood next to a statue of another deeply reflective man, John Betjeman, at King’s Cross before a journey north. Inscribed beneath the statue are the words from Betjeman’s Cornish Cliffs, “and in the shadowless unclouded glare, deep blue above us fades to a whiteness where, a misty sea-line meets the washed air.” The ethereal tone of the poem echoes both the theme and tone of the film. You cannot stem the tide, just as you can’t stop people from dying, but that doesn’t mean that you shouldn’t care. Thanks to Marsan’s considered and eloquent performance, and Pasolini’s unabashedly sentimental approach to the subject matter, Still Life makes for a gentle, sombre, and reflective drama about finding life, even in death.