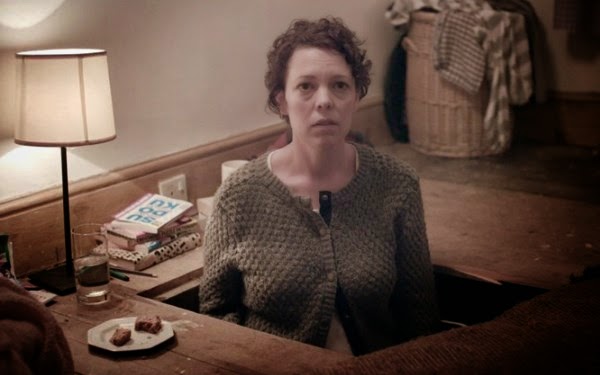 The collection of short films that comprised the nominees pool for the Baftas this year are nothing short of astounding. Each film is quiet yet powerful, situating their characters tenderly into the eye of many an emotional hurricane. Ranging in medium and tone, these shorts seemingly stand on their own yet coalesce beautifully into, one might possibly read, a singular piece. Each film provides an examination of loss: the loss of a crucial aspect of identity, the loss of a loved one, and even the loss of innocence. Through these losses within each respective film, characters are forced to grapple with their own circumstances – to cross over their inner chasms in any way possible.

Within the collection, there appear to be two films that stand out from the pack: Slap, directed by Nick Rowland, and The Káráman Line, directed by Oscar Sharp. Both of these films cut to the quick of their dramatic thrust and demand attention. In Slap, a young boxer named Connor (Joe Cole) is forced to hide his true nature as a man with an affinity for cross-dressing. Deep in the wasteland of suburbia, his identity is dictated by his environment rather than himself. After possibly being found out by a local group of boys, he is forced to confront his peers (as well as himself) with his true nature, asking, “What in this life is truly worth fighting for?” In The Káráman Line, Sarah (Olivia Colman) is struck by a surreal occurrence in her living room: she is stuck in one spot, hovering a few inches above the ground.

As Sarah and her husband Dave (Shaun Dooley) and daughter Carly (Chelsea Corfield) quickly learn her condition is – in a sense – terminal, the family must pull together to continue as normally as possible, despite the impending loss set before them. While Slap is rooted in gritty realism and The Káráman Line dallies in approachable surrealism, both display clear and distinct visions on behalf of their respective directors. Both films run about 25 minutes each; in this short amount of time, worlds are built that feel accessible but nostalgic. Moreover, the human fear of living in a vacuum and the implications of such a life are tackled in a humane way in both films.

While Connor is emotionally ripped from his neatly formed world, Sarah is physically ripped. It’s a slow but sure process for both and in the meantime they must take time to wrap their minds around the implications of their (seemingly extended) demises. While living in a state of inertia, it is the drive to find a way to carry on with a sense of normalcy that pushed both characters to their limits. In the short film format, this sort of complexity is nothing short of beautiful and moving. Given the demand to conserve language, hone imagery, chisel out clear characters and present a fully-formed being that may be short in stature but large in concept, each of these nominees for the 2015 Baftas surpasses the mark magnificently.

The Bafta Shorts are currently touring the UK. For more info on screenings, visit independentcinemaoffice.org.uk.