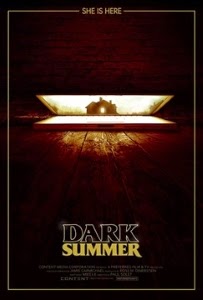 The inertia of millennial existential malaise has been de rigueur in the horror genre of late. David Robert Mitchell terrified with a wonderful twist on teenage anxieties in his It Follows (2014), exploring the dualities of sex and the slow dread of infernal lazy afternoons. Elsewhere Starry Eyes (2014), written and directed by Kevin Kolsch and Dennis Widmyer, sought to plumb similar depths from the ennui of LA creatives. Dark Summer (2015) threatens to follow suit but Mike Le’s script – directed by Paul Solet – begins as though it intends to stalk the disquieting hallways of 21st century technological preoccupation before careering into rote haunted house banality. 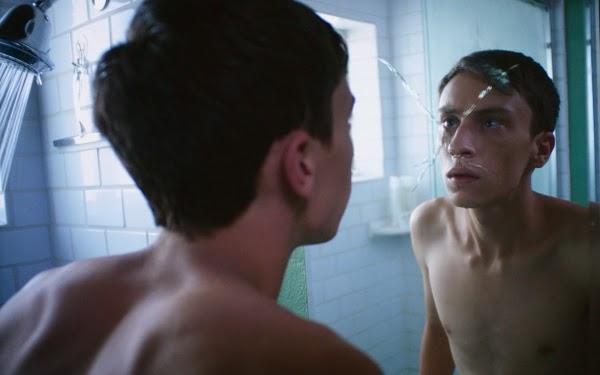 The presence of It Follows actor Keir Gilchrist (pictured right) does little to help avoid such unfavourable comparisons. In that film he played a lovesick teen willing to sacrifice himself for Maika Monroe. On this occasion his unrequited feelings have led to some cyber-stalking and landed his character, Daniel, a summer of house-arrest and a strict internet ban. It’s an intriguing jumping-off point that seems primed to delve into themes regarding online identity, exhibition and exploitation through social media, and compulsive web obsession. There is the initial feeling that Daniel’s invasions of Mona Wilson’s (Grace Phipps) privacy were far more insidious than suggested – given the severity of sentence. When she calls him on Skype shortly before topping herself, a healthy glug of guilt is added to the complicated cocktail.

There remains little more complexity than first meets the webcam, however. For all of its languid and angsty opening, which contrasts the unreadable Daniel against his overtly creepy police handler (Peter Stormare), there is actually precious little follow-up to any of the interesting questions raised by the premise. No sooner is Mona dead than every semblance of an edgy or inventive genre outing is lost and the film descends into a depressingly lifeless ghost story. Where Daniel’s ankle bracelet may provide a neat way to side-step the question of why he doesn’t just leave his haunted home, its potential as a way to explore his psychological confinement is wasted. Zoran Popovic’s lensing of the film does help to capture some sense of his state of mind – the summer sun and composition evoking the slow drift on a swimming pool surface. When the ghoul turns up, however, the jarring flickers and shaking frame fail to disquiet.

The sound design is also problematic during the supernatural sequences. Screeching and discordant, it sounds as though drawn directly from the soundtrack of any other forgettable recent horror but seems overwrought when compared to the somewhat impassive performances. As with Solent’s direction, it smacks of overcompensation for an original screenplay that lacks inherent tension – one that evokes ennui a little too well. Gilchrist plays Daniel with wide eyes but little nuance, and the lack of any real emotional conviction besides a couple of small scenes – also evident from loyal BFFs Stella Maeve and Maestro Harrell – wrenches the film away from any potential chills. And potential is where Dark Summer ultimately ends; there was much that could have been, instead it’s a throwaway teen horror replete with jump scares and convention, but lacking much else.