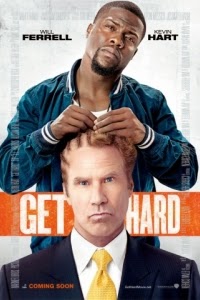 This sophomoric culture-clash comedy stars two comedy actors at different points on the career spectrum. Kevin Hart, a stand-up whose barrage of studio comedies have been huge financial successes, shares the screen with Will Ferrell, still a draw despite a string of recent critical misses. The latter plays a businessman James King, due to be incarcerated for tax evasion, who enlists Hart’s character Darnell to prepare him for prison life. Having written broad but clever comedies Idiocracy (2006) and Tropic Thunder (2008), it’s disappointing to see debutant director Etan Cohen deliver a film which relies so heavily on lazy stereotypes. 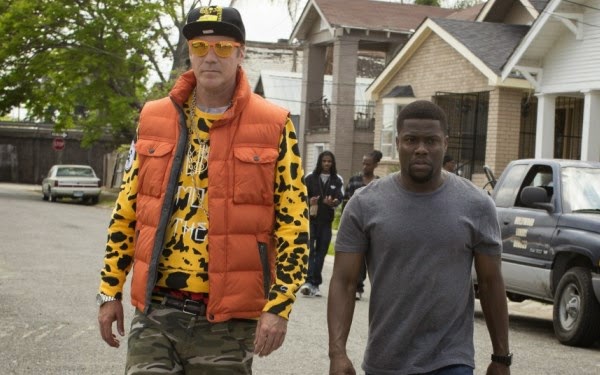 A relentless barrage of prison rape jokes fill up the script, with almost every allusion to gay sex used and re-used (even the film’s title is fulfilling the same purpose). While too juvenile to be considered offensive, this tactic is repetitive at best, uncomfortable at worst (the pair’s trip to a gay bar being an uneasy but thankfully brief example). The race humour is no less obvious, if tempered by the cartoonish stereotypes that are present for both black and white character. Sensitivity aside, the biggest failing is that the potential for the film’s premise isn’t explored, as instead of lampooning racial difference or satirising white collar crime, it opts for the easiest, most crowd pleasing humour, and hammers the screen with jokes that get old almost as soon as you hear them.

For all the broad gags, the leads do at least have chemistry. The two contrasting on screen personas make for fast-paced back and forths when the pair are allowed to improvise, making the simpler interactions some of the funnier moments of the film. However, scattershot slapstick is never far away – Ferrell’s gang initiation has all the awkward echoes of a street slang spewing Steve Martin in Bringing Down the House (2003), while Hart playing a fast talking schemer is a role we have seen many times before, especially present during the film’s finale (which feels as laboured and clichéd as the previous ninety minutes). Reliable comedy actors such as Alison Brie (playing King’s power obsessed wife) are given brief moments, but only add to the sense of what might have been. Asking little of its stars, and even less of any watching audience, Get Hard is a familiar studio comedy that barely succeeds in its attempt to drown out a thin plot with jokes that will appeal to people who have seen a lot of the actors’ previous films. Perhaps the offensive thing about it is that we’ve seen this all before.