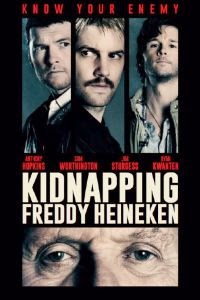 Take care to not place too much hope into the misery-inducing yet somehow star-studded caper Kidnapping Freddy Heineken (2015). It’s a head-scratcher of a flick if only for the fact that viewers will spend the duration of the film wondering what precisely caused Anthony Hopkins to sign on as the titular character. Based on actual events, this incarnation gives way to a shoddy production rather than quality storytelling. There’s wasted potential here, but is there any saving grace? It’s 1982 in Amsterdam. A group of best friends – also business partners – find themselves at the end of their rope. Their finances have been drained on their start-up company in light of a recession. 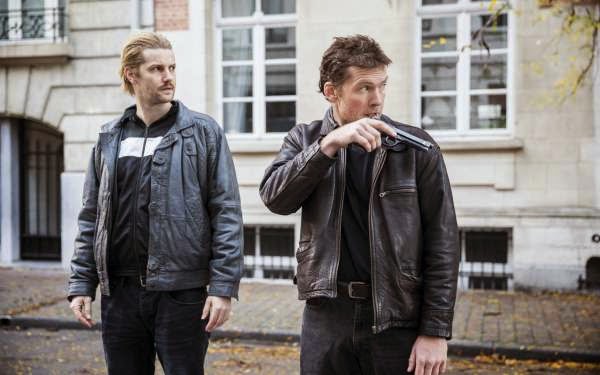 Murky futures lie ahead and they have families to care for. In a moment of inspiration, leader of the pack Cor Van Hout (Jim Sturgess) manages to convince the other alpha male, Willem Holleeder (Sam Worthington), and the rest of the gang that kidnapping beer magnate Freddy Heineken and holding him for ransom will help them out of their dire straits. Critical missteps and a target that fails to bend under pressure soon wear the group’s resolve down to the point of breaking. Misguided execution proves to be a stumbling block for the crew, and the filmmakers. There’s a stark difference between being slick and feeling slick. Kidnapping Freddy Heineken operates under the illusion of the former while in fact presenting an example the latter. It is simply not enough for this kidnapping caper-cum-heist.

Amidst all the sound and fury of loud car chases and screaming matches (brooding matches, too) amongst the gang, what is left? Critical components that make a film worthy seem to have been left by the wayside. There is barely any character development, leaving the stakes pitiably low. Each man plays a part but who are they? Why should viewers care? The film also favors moving along in the story at a very brisk clip. One moment they’re all planning the kidnapping, they next they’ve got Heineken in silk pajamas, chained up in a bunker. How did we arrive here? As the saying goes, if you blink you might miss it. But the most criminal transgression of the film may be the sheer waste of talent that is put onscreen.

One can fathom that Hopkins was brought on board to elevate the stature of the film, but when he’s simply skulking in pajamas, interacting from a single emotional state (most of the time, annoyed), there’s a problem. It goes without saying that Hopkins deserved better than this role has given him. Both Sturgess and Worthington, too, have earned their respective commendations before this. They’re capable here but their constantly resigned looks make it hard to tell whether that’s merely a performance choice or an actual emotion reading outwards. At best, Kidnapping Freddy Heineken is an exercise in schadenfreude. If its received at face value, not read into deeply, then viewers may have a chance of enjoyment. It fails in the basic requirements of a heist movie: there’s no planning, no camaraderie, no competency and worst of all, no thrills.