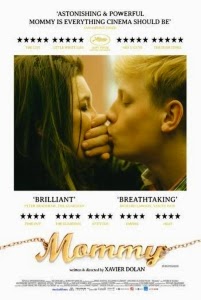 Prodigious Canadian director Xavier Dolan returned to Cannes last year with his most accomplished film to date, the marvellously cinematic spectacle Mommy (2014), which now arrives on British screens. Set in Canada in 2015, where laws have been changed to make it easier for parents to institutionalise their problem children, Steve (Antoine-Olivier Pilon) is one such case. Like a young Jamie Oliver on amphetamines, Steve is diagnosed with ADHD and is a boisterous, aggravating, self-destructive, amusing and occasionally dangerous teenager. Expelled from a home due to a particularly nasty arson attack which saw another inmate severely burned, Steve is taken home by mother Diane (Anne Dorval). 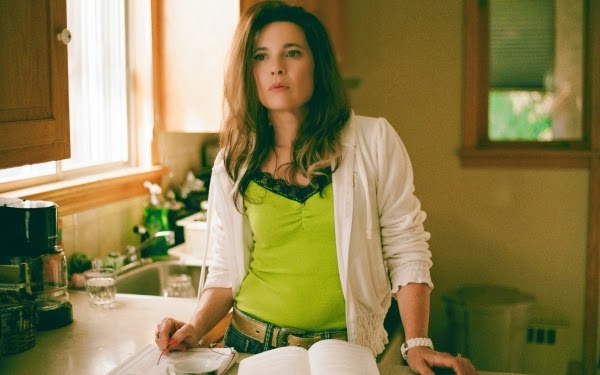 Diane’s a happy-go-lucky good-time girl, with a beautiful twist on Canadian-French which seems to be endlessly seeking out puns and dropping malapropisms. At first they clash, as Steve begins to bounce off the walls of their suburban home and Diane struggles to handle him, but when Kyla (Suzanne Clément), a neighbour from across the road, intervenes an unlikely friendship between the three begins to blossom. Having been forced onto sabbatical from her teaching job because of a severe speech impediment, Kyla can use her experience to help home school Steve and prepare him for an improbable return to education and normality. The kindly Kyla connects with both Diane and Steve, and begins to tutor the troubled teen, at the same time quite literally regaining her voice.

With Mommy, Dolan has come of age. His experiments with aspect ratio, already begun in Tom at the Farm (2013), this time make real narrative sense. Most of the film is shot in an unconventional 1:1, confining the characters to a vertical space which is at once claustrophobic but also forces the trio into cheek-to-jowl intimacy. One surprising shift was so moving and liberating that the hardened souls of press screenings have been known to burst into spontaneous applause. Dolan is a director who thinks hard about the possibilities of cinema and explores them with verve and ingenuity, but it is in his latest film that everything has come together. The cinematography by André Turpin is similarly sublime. A golden light suffuses many shots and the compositions linger in the mind. Dolan’s use of music, courtesy Eduardo Noya, is likewise masterful and there are two sequences that stand out as the best moments not only of the film, but of the festival.

The performances are heightened, with Pilon utterly convincing in his mood swings and outbursts, charming, vulgar, vulnerable and frightening by turns. Clément, on the other hand, is a woman bursting at the seams with repressed emotion. She’s grieving – though this is suggested rather than spelled out – alienated from her computer programming husband and distant even to her daughter. As the film progresses, she increasingly gains more agency and fall discretely in love with both Diane and Steve. But it’s Dorval who’s at the heart of the film. Reminiscent of one of Almódovar’s heroines, Dorval balances perfectly her brashness and brass, with a tenderness and sensitivity she cannot allow herself to fully express lest her financial and familial problems overwhelm her entirely. For years Dolan has been “one to watch”, a young man of great promise. With Mommy, that promise has been fully realised.

This review was originally published on 22 May 2014 as part of our Cannes Film Festival coverage.