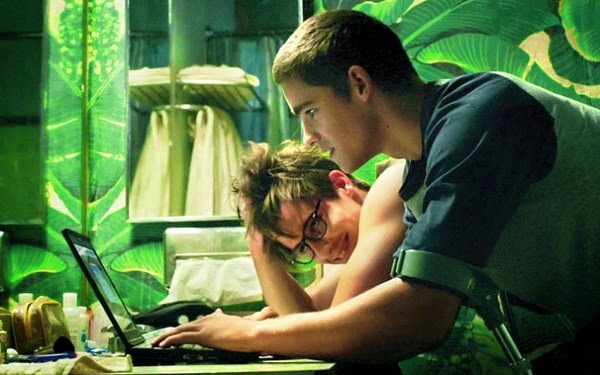 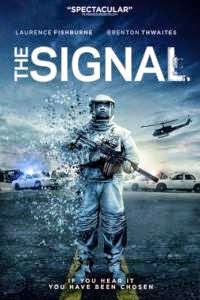 In 2011, first-time director William Eubank constructed a replica of the International Space Station in a driveway, out of odds-and-ends, and within it staged a flawed but ambitious science fiction saga called Love. For his next trick, he has crafted another low-budget sci-fi yarn that is just as visually admirable, but even more problematic overall. The Signal (2014) seeks to augment a tight, two-handed chamber piece with American indie sensibility, not to mention a found footage-style detour. Where Love’s reach for profundity provided reason enough for viewers to look past some of its more clunky aspects, this sophomore feature suffers from failing to provide such audacious cover fire.

Indeed, for a film that prides itself on its central mysteries, they – nor anything else in The Signal – really amounts to much outside of the immediate narrative. For all that was wrong with his debut, Eubank attempted to broach vast themes and play with enormous ideas, all of which has been stripped out of the follow-up. It begins like a teen indie road movie, with the magic hour sunlight catching the lens and a young couple entwined against a rocky American backdrop. DoP David Lanzenberg imbues these sequences with a genuine golden-hued heart and their abrupt end is a loss that echoes the death-knell for Nic (Brenton Thwaites) and Haley’s (Olivia Cook) relationship. From there, it attempts to transform into a cerebral claustrophobic thriller by way of The Blair Witch Project (1999).

A perfect genre mash-up sees Nic and his best friend Jonah (Beau Knapp) walking not into a cabin in the woods with a video camera at the ready – as horror protagonists are wont to do – but to an abandoned house in rural Nevada. They’re looking for a hacker who’s been taunting them, and instead find something all the more extraterrestrial. Next thing, Nic finds himself waking up in a government facility under the watchful eye of Laurence Fishburne’s Dr. Damon. Decked out in a disconcerting hazmat suit, he is to observe Nic after what he reveals to have been First Contact. From there, things only get more strange as Eubank, Lanzenberg, and editor Brian Berdan, try to emulate Nic’s cracking psyche through jump cuts, tilted angles and deep colouration.

Originally a cinematographer (he shot Love himself), Eubank clearly pays a lot of attention to that element of his film and there are some truly memorable images – not least an exhilarating sequence in which Nic, apparently confined to a wheelchair, is able to stretch his legs again. It’s in moments like this that the film shows its true potential, but a leaden narrative labyrinth leads its screenplay down one too many dead end paths. It’s not so much that its twists are predictable – though the final revelation is obvious some time from the end – just that they fail to satisfy or compel. If there were interesting ideas underlying it all, that might not be such a problem, but like its eponymous beacon The Signal ultimately rings a little hollow.