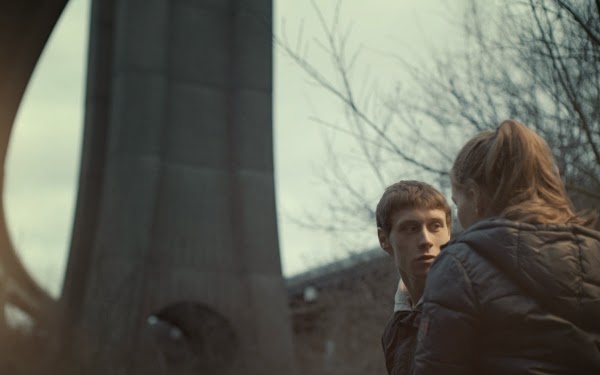 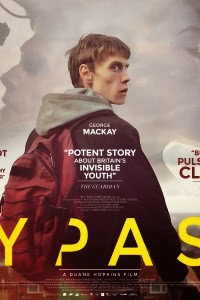 Better Things director Duane Hopkins’ second feature, Bypass (2014), is a stylistically overblown tale from the lower echelons of crime and economic hardship. The first ten minutes or so follow Greg (Benjamin Dilloway), a young man whose football career was terminated by a brutal injury. All he has left are the memories and a life of breaking and entering to help support his family and sick mum. However, the police kick in his door and after a chase Greg is caught and finds himself at the receiving end of a custodial sentence. A year later and the narrative bypasses Greg to focus on younger brother Tim (George MacKay), who now must fend off the bailiffs wanting to collect for non-payment of rent.

Tim is something of a modern day Job, with a catalogue of woes that threaten to suffocate both him and the narrative. His mum (Arabella Arnott) has died, his dad long gone, his sister is playing truant from school, his criminal contacts seem intent on getting him into maximum trouble and he has an unspecified blood disease which leads to vomiting and fits. What’s more, his girlfriend Lilly (Charlotte Spencer) is pregnant. “You’ll make a wonderful father,” she blandly muses against all evidence to the contrary. The tale itself is a slight enough affair, plagued throughout with irritating inconsistencies. Greg’s disappearance from the bulk of the film – he’s been released, electronically tagged and is now cleaning offices – is confusing and leaves us with the less interesting Tim, stumbling from one misfortune to the next.

Hopkins doesn’t help matters by directing the life out of Bypass. Every shot is refracted, reflected or played out in slow motion. Despite the surrounding poverty, Tim and family seem to live to be bathed in constant light. Add to this a monotonously ambient soundtrack which, like the film, refuses to break into anything as distinct as a melody. Though the attempt to avoid social realist cliché is laudable, Hopkins indulges in a whole new set of clichés inspired by Terrence Malick and co, which are now just as recognisable and shop-worn. This visual busyness also fails to hide the script’s innate sketchiness. The doings of the criminal gang are contradictory and implausible. Even Tim’s medical condition is described by the examining doctor as “one of several things, possibly serious”, unwilling to provide any further information. Bypass is a disappointment, with obvious talent going to waste due to too much emphasis on aesthetics and not enough to telling an original and gripping story. That title itself may well be a hostage to fortune.

This review of Bypass was originally posted on 3 September 2014 as part of our Venice Film Festival this link.