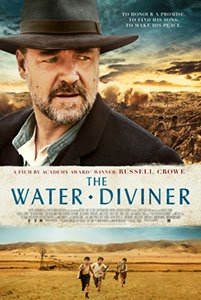 Russell Crowe’s good-looking, and thoughtful directorial debut, The Water Diviner (2014), makes for a fitting companion piece to Peter Wier’s 1981 war-drama, Gallipoli, picking up the story months after the ferocious and disastrous military campaign of the First World War. Crowe stars as Joshua Conner, an Australian farmer who packed his three sons off to fight half way across the world in the aforementioned Gallipoli campaign, where they perished. Struggling to deal with his grieving wife, Crowe decides to set out for Turkey to bring his boys home to rest. Once in Constantinople, Conner encounters the beautiful Ayshe (Olga Kurylenko), who helps him head to Gallipoli to find where his boys fell. 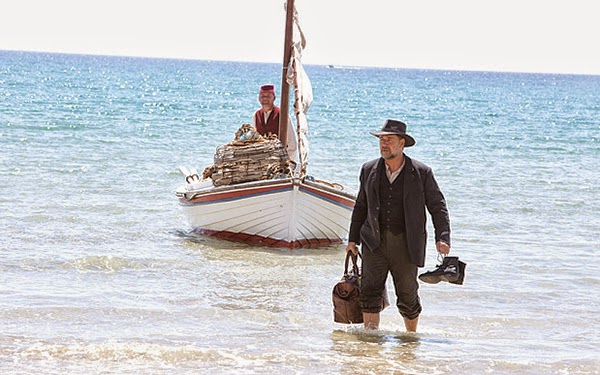 Crowe demonstrates his deep passion for the material, foreseeable given his Australian/New Zealand heritage, but washes away any jingoistic tendencies, balancing the story with that of the aftermath for both the parents of fallen soldiers on both sides of the war, and with the plight of the Turks who found themselves under Greek occupation. The title comes from Joshua’s uncanny ability to locate water in the arid fields of Australia, and it is this skill he uses, along with military records to locate the precise location of his boys. This themes are mirrored with Kurylenko’s Ayshe, (who bears a striking resemblance to a young Catherine Zeta Jones), who finds messages in the bottom of coffee cups. Suprisingly, despite the twee nature of this spiritual hokum, it is handled gently, fitting to the over all tone.

There is a mature, and skilfully handled approach to the drama that unfolds when Joshua meets Turkish officers who were responsible for his grief, and this is the entry point for the cathartic drama, like many before it, demonstrates the true cost of war. Whilst some of the devices employed could have washed out the core message of the film Crowe has been careful to bring home the focus in a persuasive way. Admittedly it treads into melodrama territory, using broad emotional strokes to convey the magnitude of emotion, yet Crowe demonstrates a (perhaps unfairly) surprising level of skill as when to not push it too far. The inevitable love story between Joshua and Aysha is not out of place, given the approach to the material, but arguably is the least interesting aspect of the film, slotted in to make the horrors of the war flashbacks more palatable to the general cinema-going public. As a debut it is a remarkable effort, with Crowe showing a great deal of sophistication in handling the narrative, and will please a wide array of audiences who will connect with the father/son dynamic, and enjoy Andrew Lesnie’s captivating camera work.