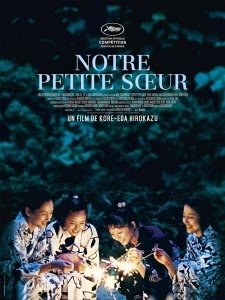 Japanese director and Cannes favourite Hirokazu Kore-eda enters the race for the Palme d’Or with Our Little Sister (Umimachi Diary, 2015), adapted from the Akimi Yoshida’s manga. It tells the story of three grown women who live in their late grandmother’s house and fend for themselves, as if a version of the family from Kore-eda’s excellent Nobody Knows (which showed at Cannes in 2004) had somehow managed to make it into adulthood and self-sufficiency. Mother and father have divorced. Dad has another family now (they think) and mother is mainly absent, an intermittent but rare visitor. The sisters get along just fine without them, bickering and fighting and making up the way sisters do. 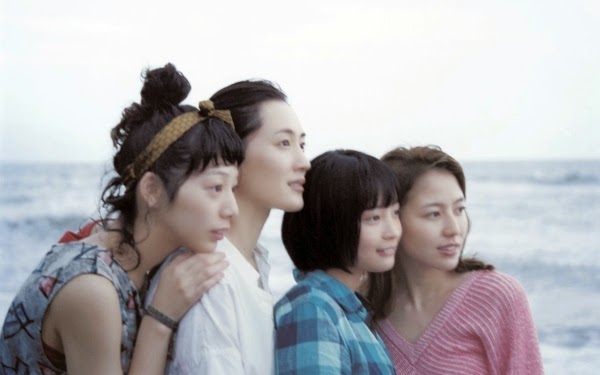 Each of the women is a different personality in such a sharply delineated way as to hover just above stereotype. The older sister, Sachi (played with cool authority by Haruka Ayase), is the default matriarch, working shifts as a nurse at the local hospital. She also takes on the lion’s share of domestic duties. Effectively she’s the scold. Next one down is Yoshi (Masam Nagasawa), who works in a bank and likes her boyfriends and her beer. Chika (Kaho) is the crazy little sister – the Harpo of the group – crawling around the floor like a toddler, dating the boyfriend with the craziest hairdo and serving as the comedy safety valve for the other two’s on-off tension. When their father dies and they decide to go to the funeral, the three sisters meet Suzu (Suzu Hirose), their half-sister and – seeing that she is obviously unhappy with her step mother – offer to take her in.

Kore-eda’s latest is remarkably angst-free. There are no real villains nor antagonists. School is okay, bad luck happens, some people misbehave, but through weakness rather than evil. Arguments are more likely to be based on misunderstandings than irresolvable differences. The sisters and their loves might hurt each other but without malice and everyone ultimately will seek and receive forgiveness. Sachi is having an affair with a married doctor in a way that dangerously replicates the behaviour of the hated other woman, but the doctor is a well-meaning man whose ambition is to treat children with cancer for crying out loud. And as Suzu’s dead mother is the other woman, Sachi and her sisters must now find it in their hearts to forgive her for Suzu’s sake. Yoshi is upset by the latest in a string of bad boyfriends, but there is always a welcome at home and we know that it will all be worked out in the end. Yoshi, Sachi and Chika become three surrogate mums for Suzu and she in turn is a rejuvenating presence who adds an unexpected angle to their lives. She joins the school football team and happily joins in the house rituals of making plum wine.

The sisters recognise themselves in her independence and self- sufficiency, but also in her own troubles with her past. All the sisters have lost their childhood, either through death or divorce and in Suzu they have an opportunity to witness the trauma from an opposing perspective, giving them the chance to come to terms with the past. None of this is particularly dramatic, and certainly not melodramatic. The humour is as gentle as the girls are and, without sharp edges, the film occasionally veers towards schmaltz, but Kore-eda’s deft touch and his eye for a subtle yet precise detail keeps the world grounded and consistently interesting, funny and at times moving. The performances of all the actors are uniformly excellent in that they never strike you as performances. Seasons change and shadows pass overhead, and Kore-eda enjoys spending time with his family so much that he can be forgiven for perhaps staying a little too long, yet Our Little Sister remains an intelligent, quiet work from a master filmmaker.