DVD Review: ‘The Face of an Angel’ 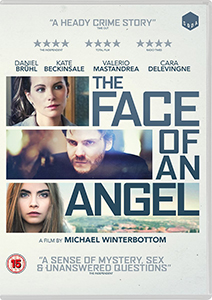 Michael Winterbottom’s latest feature, The Face of an Angel (2014), explores the intersection of beauty, youth, sex and violent crime. Inspired by Amanda Knox’s alleged murder of British student Meredith Kercher in Italy, Winterbottom offers a perceptive, but at times plodding, take on the media’s sensationalised coverage of her trial. Thomas Lang (Daniel Bruhl) arrives in Italy to research and write his next film. He meets Simone Ford (Kate Beckinsale), a journalist who been following the trial of American student Jessica Fuller, imprisoned for the murder of her flatmate Elizabeth Pryce (Sai Bennett). Thomas hopes to adapt Simone’s book on the case. “Make it fiction,” she urges him. 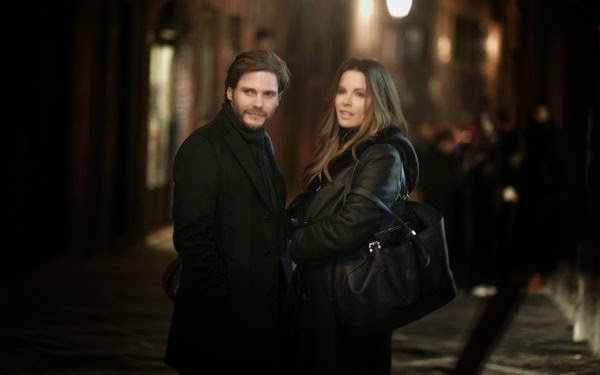 “You cannot tell the truth unless you make it a fiction.” They travel to Siena together to visit the scene of the crime and attend Fuller’s appeal hearing. Simone introduces him to the journalists and locals following the trial and attempts to teach him the various intricacies of the Italian legal system. The more Thomas becomes embroiled in the gossip and media speculation surrounding the alleged crime, the harder he finds it to write the story envisaged by his production team in London. Strung out on cocaine, Thomas’ paranoia and nightmares, involving cartoon monsters, stabbings and cannibalism, become increasingly fantastical (and unbelievable). These scenes sit uneasily within the film’s docu-drama framework.

Thomas’ only respites are Skyping his young daughter Bea (Ava Acres), who lives with his estranged wife in LA, and an unlikely friendship with Melanie (a promising debut by Cara Delevingne), another idealistic young English student, working in an Italian bar studying arts and, like Fuller and Pryce, stunningly beautiful. Although there is much to admire – the topical subject, Hubert Taczanowski’s cinematography and the central performances – The Face of an Angel is overly focused on the youth and beauty of its protagonists. Winterbottom even casts an award-winning fashion model as Thomas’ “saviour,” whilst the frequent close-ups and fetishisation of the young women (Bennett, Delevingne and Gaunt) become irritating after a while. The motivations behind Thomas’ change of heart – he starts reading Dante and, won over by Melanie’s playful exuberance, decides that he wants to make a film about love and innocence – lack credibility and as the film changes direction the tension peters out. Obviously intended as a brooding thriller, The Face of an Angel falls slightly wide of the mark.