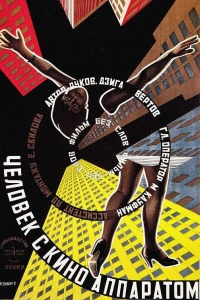 Dziga Vertov’s Man with a Movie Camera (1929) still shines, even as an octogenarian. The film remains a testaments to the early days of filmmaking and the commitment to innovation and exploitation of the then-new medium. It has now also transformed itself into something of a time capsule, literally making itself into a scrapbook of a world long gone. Here, the mummification of time and people has reached its peak and Vertov’s experimental masterpiece now a completely temporal travelogue. Its somehow still refreshing to watch, showing audiences spanning generations that film was and always will be a malleable medium as well as a mirror of the world. 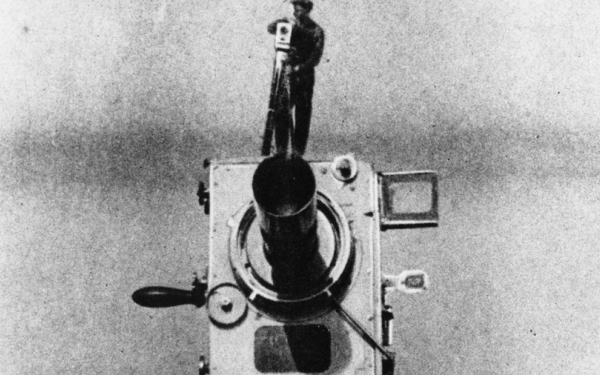 Vertov ditched traditional cinematic convention (no actors, no inter-titles) in favour of a far more interpretive picture. Shot over the course of three years, Man with a Movie Camera documents everyday life in the Soviet Union: mostly Odessa, Ukraine but also Kiev and Moscow. Every frames bustles and buzzes as the lens trains itself on members of the community, going about their daily lives at a seemingly breakneck pace. The Soviet Union in 1929, under Vertov’s direction, is a mechanical hive, thrumming with energy. All the while, audiences watch the titular man with a movie camera flit about the city, quickly setting up his tripod so as to capture as much of the world as possible.

Revolutionary in its form, Man with a Movie Camera still captures the attention of the viewer and the spirit of filmmaking. It may be natural to assume that the aims of the film have unintentionally shifted from showcasing the possibilities of film towards something now more akin to viewing an exhibit at the museum, wherein the ability to marvel and peek into the past is now possible. Nonetheless, this is a film that resonates very strongly still. Vertov’s dedication to one aspect of film – the literal filming process – and eschewing of other more theatrical conventions allows for the viewer to focus completely on the busy bodies on-screen. Which isn’t to say there is no artistic flair occurring: motifs of eyes and lenses, signalling the viewing of the camera to its subjects, the audience to the film and the subjects to the world, run rampant here.

The inclusion of the actual man and his movie camera is another delightful artistic decision as well. Seeing his shadow scurry across metal beams, into cars and eagerly set up his camera feels somehow parallel to what the then-innovative medium of film must felt like to artists and audiences alike; the overpowering curiosity and need to capture everything, just to see how it would appear projected, would be overwhelming. Man with a Movie Camera still resonates powerfully. After spending an actual lifetime inspiring countless actors, directors and artists alike, this film still manages to continue to be a source of artistic vitality and curiosity. It’s a beautiful piece of celluloid that is worthy of its army of plaudits.