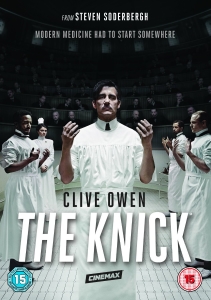 Adding fuel to the long-running argument that quality television is overtaking and even overriding the contemporary cinematic landscape is The Knick (2014), whose first season establishes itself as the kind of expansive serial storytelling the likes of which, indeed, are scarcely seen on the big screen or even the small. Since Steven Soderbergh (Sex, Lies and Videotape, Behind the Candelabra) announced his retirement from feature directing, he has – like so many of his peers – turned his attention to both the aesthetic and narrative possibilities of television, serving as executive producer and director of all ten episodes of this bravura piece of televisual filmmaking. 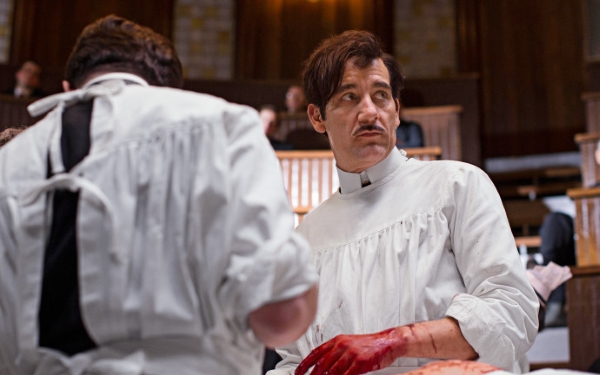 Joining so many actors of his ilk who have grown weary with the diminishing opportunities of roles in modern cinema, Clive Owen makes a stunning transition to TV as brilliant surgeon John Thackery, a role that won him a Golden Globe nomination. A damaged anti-hero in the classic post-HBO sense, Thackery is a renowned physician who, at the turn of the 20th Century, continues to push the boundaries of medicine at New York City’s Knickerbocker Hospital. Addicted to legalised cocaine, which both adds to and hinders his fractured talents, Thackery – at the behest of the hospital’s rich benefactors – is ordered to take on maverick young black doctor Algernon Edwards (brilliantly played by André Holland), to the chagrin of the surgeon’s protégé Dr. Everett Gallinger (Eric Johnson).

With the fate of the hospital continuing to hang in the balance as it moves uneasily into the 1900s and adapts to looming modernity, its financial stance becomes questioned as the arrival of electricity brings with it brand new obstacles and obligations. Meanwhile, crooked superintendent Herman Brown (Jeremy Bobb) continues to trade the Knick’s sustainability against his increasing debt, and the lack of bodies on which to practice procedures leads certain key members to take extreme measures to ensure the hospital’s viability in a hectic city. Having broken viewing records whilst becoming the most watched original series on US cable network Cinemax, The Knick is a no-holds-barred account of a fascinating era in medical history, one in which so many technological advancements were born that have been maintained to this day. Opening with an extremely vivid and graphic ill-fated caesarean – the likes of which contemporaneous shows like Grey’s Anatomy and ER wouldn’t dare show, which sets the tone for the rest of the season, Soderbergh delves into the seedy underbelly of early 1900s New York, whose culture is as fluctuating as its moral fibre.

Soderbergh brings his usually deft cinematic approach to each episode, using fluid camera movements and stark cinematography to offset the static conventionality of the television mould. He hones in on the everyday minutiae of the running, funding and maintaining a hospital vastly in the shadow of its more opulent uptown equivalents. It also pinpoints the racial prejudices and tensions that would only become more exacerbated in the pre-Civil Rights era, which leads to the subplot revolving around Algernon’s mistreatment and how he deals with it becoming the more engaging element in the rather uneven opening few episodes. Regardless of that, The Knick quickly becomes something of an outré procedural drama that remembers that well-paced storytelling is best served by consistently raw intensity.