FrightFest 2015: Our picks of the lineup 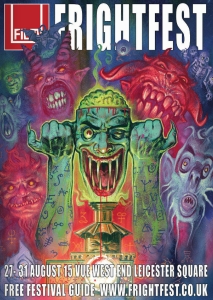 Returning to Leicester Square for its sixteenth year as the UK’s leading celebration of horror and fantasy cinema, Film4 FrightFest 2015 is also set to be the biggest yet. With 19 world premières, along with 16 European and 24 UK ones, a wide and varied programme made up of a whopping 76 titles will screen across five glorious and ghoulish days. Barbara Crampton, star of Lovecraftian gore feasts Re-Animator and From Beyond, is the festival’s guest of honour. As well as making an on-stage appearance to discuss her career in horror, Crampton can also be seen in four films: Road Games, Sun Choke, Tales of Halloween and We Are Still Here. Kicking things off on Thursday 27 August is David Keating’s eagerly anticipated Cherry Tree. 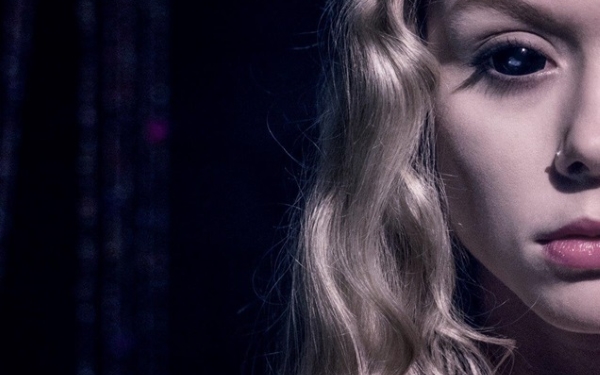 This folk horror saga from the director of Wake Wood marks the first time ever that an Irish production has been selected to open proceedings. The closer on 31 August is Tales of Halloween, a new anthology with segments directed by such FrightFest old boys as Lucky McKee and Neil Marshall. In recent times, the Short Film Showcase has risen in importance. It affords filmmakers their first shot with an audience of discerning fans. Among the 31 shorts selected is Doctor Who star Karen Gillan’s directorial debut Coward and Kate Shenton’s Send in the Clowns. A total of nine female directors are included in the Short Film Showcase programme, which can be taken as a positive sign that the genre is undergoing a new wave of female-led screen nightmares. The most salient thing to note about FrightFest 2015, perusing the full line-up, is how many movies come from the indie-horror scene.

It’s true that there isn’t much in the way of old masters and prodigal sons and daughters pitching up to the altar of horror with new offerings, but there is plenty still to whet the appetite. Festivals are all about making discoveries as much as sitting down to the latest works by acclaimed directors. And let’s not forget the Retrospective strand, where audiences can get their fill revisiting the greats of yesteryear. Clive Barker’s outstandingly gooey Hellraiser (which is being restored by Arrow Video), 1970s giallo thriller, the deliciously titled Your Vice is a Locked Room and Only I Have the Key, directed by Sergio Martino and starring Edwige Fenech, Captain Kronos: The Vampire Hunter and The Mutilator all make an appearance over the course of the Bank Holiday weekend. Of course when presented with a cadaverlcade of movies, and with so many demanding your attention, how do you decide what to see? Well, one film you’d be a chump to miss is Sun Choke, starring Buffy the Vampire Slayer and Freaks and Geeks alumna, Sarah Hagan. A delirious and narratively fragmented psycho-horror in the vein of Polanski’s Repulsion, or even last year’s festival favourite Starry Eyes, Hagan is superb in the lead role. Sun Choke is eerie, demented, gorgeously photographed and is really not to be missed.

Sarah Bolger, whom viewers may recognise from the television series The Tudors, is another young actress putting in a mightily impressive performance on the big screen, here playing a babysitter from hell, in the creepy slasher/home invasion gem, Emelie. Meanwhile, putting a neat twist on the juvie hall youth drama and the corpse bride/living dead girl figure is Adam Egypt Mortimer’s Some Kind of Hate. Adam Mason’s conceptually fresh take on the found-footage sub-genre, Hangman, starring Jeremy Sisto and Kate Ashfield, is well worth checking out. Elsewhere on the schedule, Landmine Goes Click by Levan Bakhia is a bleak psycho-thriller that plays around with genre expectations and will likely prove to be very divisive and Steve Oram’s directorial debut, Aaaaaaaah!, is quite frankly unlike any other Brit flick you will see this or any other year. A dark, daring and quite brilliant transgressive comedy drama, Oram’s absurdist take on life in the urban jungle is transfixing, completely bonkers and the greatest satire Chris Morris never made.