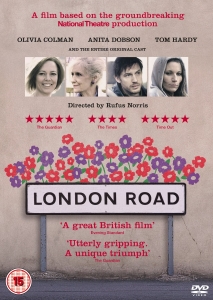 The words of real-life residents involuntarily entwined with the horrific Ipswich serial murders of 2006 are uttered verbatim in the innovative and powerful London Road (2015). After a successful run as a National Theatre stage show, the musical drama has been adapted for the screen by British director Rufus Norris. The film blends elements of drama, musical and documentary to produce something wholly unique – a taut examination of the reactions and subsequent coping mechanisms of those enveloped by tragic events. 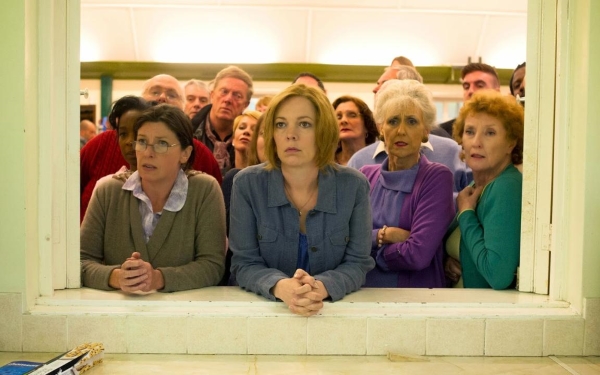 As the nightmarish events unfold, the community of the namesake location become subjected to a nightmarish media scrum that traps them behind closed doors. Reporters, vandals and police decorate their once peaceful, untouched street, turning it into a place of death and misery. The cast, which is made up of newcomers and old hands of the material from the stage, make each and every one of the affected people count. Their voices eloquently communicate their thoughts, fears and remorse at what’s happened.

It’s not perhaps a technique or approach that should work, but somehow it does, and to terrific avail. No one actor is better here than the other, even a small cameo from Tom Hardy as a shady taxi driver has the power to unnerve. Olivia Colman, Kate Fleetwood, Anita Dobson and Paul Thornley, too, are uniformly excellent taking on the roles of their respective real-life personas. Norris, who has assumed the role as the artistic director of the National Theatre, is the ideal man for the task at hand. His experience as a stage director compliments the film; the movements and choreography accentuates the heightened emotional instability felt by the residents. He uses a palette of drab, washed-out colours that conveys the feeling of isolation, before letting in the light as coping mechanisms are put into action – fish supper nights, flower shows – and spirits begin lift as the trial verdict is announced and Steve Wright is found guilty of murder. London Road is a wonderful representation of all that is exceptional about the British film industry. It’s a big undertaking that requires a leap of faith by those behind and in front of the camera, and those sat before the big screen, but the film doesn’t simply work, it trumps expectation and lingers long in the mind.