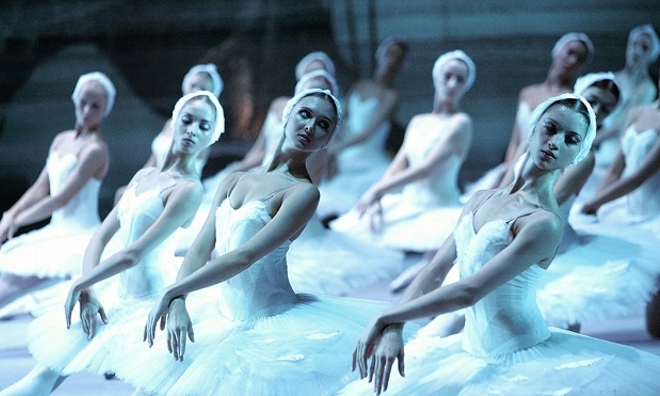 Seen as Russia’s “secret weapon” by Prime Minister Dmitry Medvedev, is it possible that the Bolshoi Ballet, a towering pillar of the nation’s culture, be justly compared to an ancient civilisation synonymous with oppression, corruption and vacuous luxury? Given its inextricable link to national identity and location a mere stone’s throw from the Kremlin, what would a vicious assault on its artistic director mean for Mother Russia as a whole? A partially successful affair, there is much to ponder over the course of British filmmaker Nick Read’s Bolshoi Babylon. Co-directed by Mark Franchetti, the film oscillates around the January 2013 acid attack on Sergei Filin, perpetrated by an aggrieved fellow dancer.

What could possibly have prompted such barbarism? By way of talking head interviews and courtroom news footage, it seeks to scratch through the highly sequinned public façade to the ugly truth within. No matter what happens the show must go on, but at what cost? A sumptuously photographed documentary which delights in the undeniable grace and beauty of the performances on show, it undergoes a few too many costume changes which stifle the production’s overall impact. With the horrific event’s aftermath and ensuing media circus initially front and centre, Read chooses to then throw a whole gamut of issues into the bitter tasting melting pot: barely concealed puppet strings run to the theatre from the nearby seat of government; personal vendettas and past grudges are rife; jealousy and infighting of cliques of dancers allude to unjust treatment and favouritism; mothers try to balance work and home lives; an upstairs/downstairs divide exists between supposedly tyrannical management and embittered performers.

In this environment one thing is immediately evident – a short fuse was ready to be lit even before the horrendous acid attack set off the bomb. Elected as new Director General with a mandate to bring law and order back to the viper’s nest of lies, deceit and corruption, Vladimir Urin rules with an iron fist in a velvet glove. Firm but fair, he is respected by his employees and is one of the more engaging interviewees given his sheer bullishness. It’s unusual that Filin, at first eliciting a well deserved outpouring of sympathy, makes the transition to a somewhat untrustworthy figure given a palpable slippery and mercurial nature. Like two rutting stags, a verbal confrontation between them before the curtain falls is the film’s most dramatic moment.

Touching sensitive nerves a little tentatively when a firm prod would have been preferable, Bolshoi Babylon dances around some of the harder issues at hand, remaining inquisitive rather than intrusive and asking more question than it answers. However, it’s refreshing that Read and Franchetti’s work is not simply an ode to the ballet in all its splendour. An equal amount of time is spent walking through isolated corridors and around shady corners into the unknown. Their film offers an intriguing glimpse behind the scenes of one of the world’s most highly acclaimed cultural institutions.