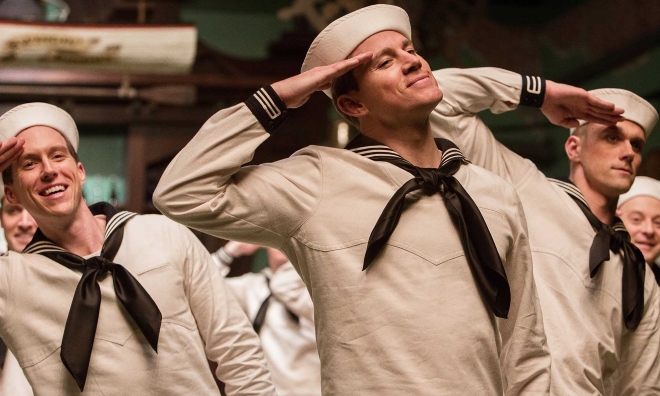 Days after it was revealed that Hail, Caesar! and Anomalisa would act as bookends, opening and closing respectively, the full programme for this year’s Glasgow Film Festival (17-28 February) has been announced by co-directors Allan Hunter and Alison Gardner – and there’s plenty for cinema enthusiasts to look forward to. Not only are the likes of Richard Gere, Ben Wheatley and Natalie Dormer confirmed to attend the festival, but there’s also masses of films to be seen. And those primed to set tongues wagging include: High-Rise, Wheatley’s latest directorial effort that premièred to mixed reactions last year; Time Out of Mind, starring Gere as a homeless man; the latest release from Disney, Zootopia; Miguel Gomes’ sprawling three-parter Arabian Nights; Miles Ahead, which sees Don Cheadle star as Miles Davis; and Jean-Marc Vallée’s Demolition, starring Jake Gyllenhaal and Naomi Watts.

Now in its 12th year, the festival has been on the rise in recent years, and it’s most welcome to see a Scottish film festival pulling out all the stops to please the audience in whatever way they can, be it new films or on off events, of which there are many this year. Among them is a screening of Con Air, in which audience members will be shipped off to a secret, undisclosed location in a prison bus while wearing a uniform and handcuffed to their partner. As it’s all about the audience, the Audience Award will return. Those films in the running include 16 Years till Summer, From Afar, Mustang, These Daughters of Mine, Winter and The Ardennes. Most of the chosen films have ties to the UK, where they’re shot here or star British actors. The winner will be selected from votes audience cast at the end of each screening and announced at the end of the festival’s run.

Allan Hunter, Glasgow Film Festival Co-Director: “The 2016 Glasgow Film Festival programme is bursting with must-see movies and events. I’m excited to introduce audiences to real gems like Pablo Trapero’s gripping crime drama The Clan in our Argentine focus, Zhang Yang’s breathtaking Tibetan film Paths of the Soul, and a cracking line-up of Audience Award contenders including the unforgettable, Oscar-nominated Mustang. Where else would you want to be in February?”

Allison Gardner, Glasgow Film Festival Co-Director: “I’m really delighted with this year’s programme. We’ve got some exceptional premières in our Gala strand, a great and thoroughly original line-up of documentaries in Stranger Than Fiction, and a really charming, child-friendly Modern Families programme headlined by the UK premiere of Disney’s Zootropolis. The festival keeps moving forward, with new developments like our Industry Focus conference, whilst also maintaining our roots as an audience-focused festival where everyone can come together to share a love of cinema. And we’ve been around for a few years now, so look out for some extra-special movie anniversaries in the programme.”