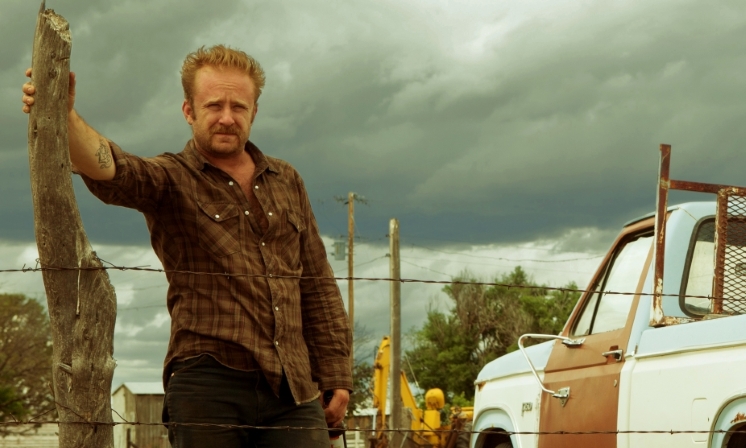 There are a lot countries which are apparently no longer for old men. However, despite treading some familiar territory, British director David Mackenzie’s new film Hell or High Water proves itself a brilliantly executed, sharply written genre gem. The Texas Midland Bank is about to open when two masked men follow the woman with the keys into the bank and order her to open the cash drawers. She tells them the only money is in the safe and that she doesn’t have the code. This particular bank robbery hasn’t got off to the best of starts as the victim retorts: “The only thing you’re guilty of now is being stupid.”

Fortunately, the brothers Tanner (Ben Foster) and Toby (Chris Pine) – who have hit on the not entirely original idea of robbing a series of banks – will improve their technique as they criss-cross West Texas raiding small banks for relatively meagre takings. Tanner is a tough ex-con with a wild streak, a good line in witty tough-talk and occasional outbursts of casual psychotic violence. “You’ll think there are ten of me,” he tells a young man who made the mistake of challenging him. Toby’s the quiet one, the one who stayed at home and looked after their mother until she died. He also has a broken marriage and two sons, owed child support and a ranch which is going to foreclose if the mortgage isn’t paid. But that’s okay: he has a plan.

One element missing from his plan, however, is the soon-to-retire Texas Ranger Marcus (Jeff Bridges), who savours the possibility of a last case, mainly to protract his incessant teasing of his long-suffering partner Alberto (Gil Birmingham) on his ethnicity: he’s half-Mexican, half-Comanche. “I’ll get to the Mexican insults after I’ve finished with the Indian ones. But it’ll be a while.” he retorts. A true detective, Marcus is able to figure out what the brothers are up to before anyone else and even knows which bank they’re likely to hit next and stake it out. Toby and Tanner reveal their plan slowly and their motivations become clearer later on. Hell or High Water benefits greatly from the fact that we understand and partly sympathise with what they’re doing. The poverty and abuse they experienced as children is something that Toby is aware reflects the possible future for his children. “Poverty is contagious,” he laments. They drive through a landscape with billboards offering payday loans and foreclosed ranches and flash fires. Giles Nuttgens photographs the luminous landscape with an eye for the shadows of the lost icons. It’s like the novel Jim Thompson might have written after the financial crisis.

Sicario screenwriter Taylor Sheridan here whips up another fantastic script. He serves Bridges with a number of laugh-out-loud crackers but there’s no character too small for him – a brief scene between Toby and his son is brilliantly concise and nails the relationship to the floor. Meanwhile, the plot avoids any number of genre traps and cul-de-sacs and is always surprising, despite its generic familiarity. The affection between Alberto and Marcus mirrors that between the brothers, an affection more intense for the fact that it is expressed obliquely through ribbing and name-calling. Elsewhere, the score by Nick Cave and Warren Ellis creates an atmosphere of dusty vistas and open skies with some choice blue grass cuts. This is a land where the atavistic violence lingers in the contending but complimentary identities of the cowboys and the Comanche. Old and young alike share the same idols and death can come from anywhere at any time. The only pity is that someone didn’t do away with that needlessly bland title.