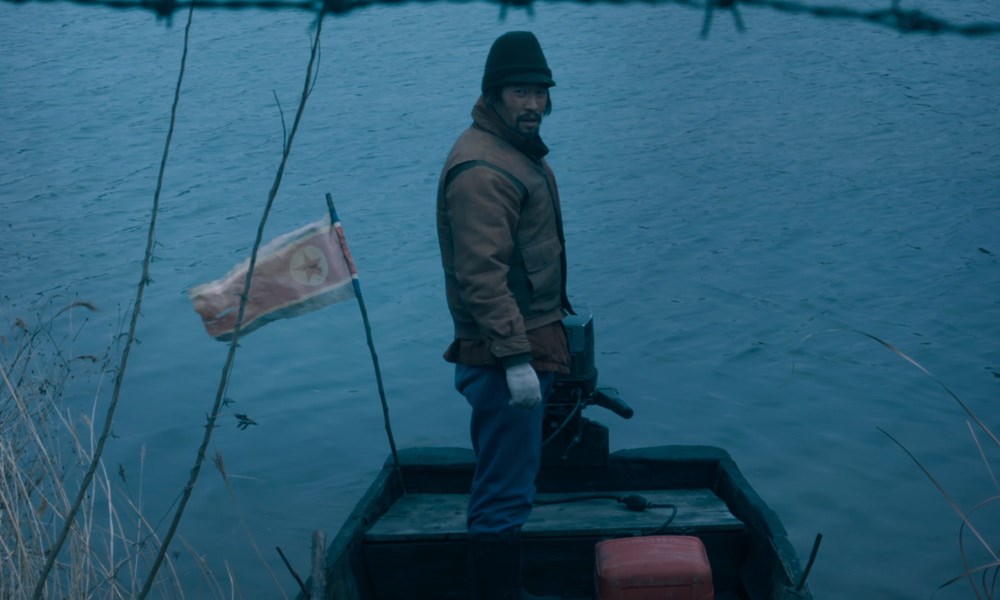 Kim Ki-duk’s career has often progressed in distinct waves – from the nasty sexual violence of his dark early work to the magical realism that produced Spring, Summer, Autumn, Winter…and Spring and 3-Iron. Since the glorious grotesquery of 2013’s Moebius, he’s perhaps made a move into territory that nobody could have expected from a perennially bold provocateur, one of conformity and restraint. Both One on One and Stop were flawed but conventional thrillers, albeit with distinct political motivations, and the same is true of his slightly more successful new film The Net.

In his crosshairs is the militarised inter-Korean border and, more specifically, the way that normal people are trampled on by both sides in their desperate manoeuvring and political one-upmanship. The narrative follows a North Korean fisherman, Nam Chul-woo (Ryoo Seung-bum) from South Hwanghae Province whose boat breaks down and drifts helplessly downstream and across into the South where he’s picked up security forces. Although Chul-woo faces one frothing adversary (played with relish by Kim Young-min), the filmmaker’s intention is for the South Korean’s natural superiority and official systems to be the antagonistic forces. “You’ve been brainwashed and don’t know real freedom,” explains one sympathetic guard, but the amount of people to mutter a variation on “We can’t just send him back to that dictatorship,” suggests that it’s not just those north of the border sipping the Kool Aid.

Chul-woo is adamant about his innocence and his commitment to returning North, primarily to be reunited with his wife and young daughter. “Even animals don’t split up mothers and cubs,” he pleads with his captors. “How can humans be so cruel?” But of course his interlocutors are just as convinced of their own altruism. “It pains my heart to see those people,” claims one office in a moment of stomach-churning conceit and hypocrisy, particularly given the aggressive measures taken to pressure Chul-woo into defecting and subsequent sanctioning of torture. It’s hardly the case that the situation is better in North Korea, with their own security officer a virtual mirror image and their hypocrisy all the more galling as it undermines the ideology they so ardently enforce.

The visuals are around the same level as One on One – a far cry from the almost unwatchable ugliness of Pieta, for instance – but it’s not Kim or his composition that are the star of this show. As Chul-woo Ryoo Seung-bum is irresistibly endearing and empathetic, not least when he scrunches his eyes closed in the car so that he won’t have seen any of South Korea when he’s questioned by the military back home. Ryoo perfectly embodies the everyman who finds himself the victim and pawn and it’s his charisma that maintains the tragedy of the situation despite The Net overshooting by almost half an hour. The fact that what is going on around him is delivered with the subtlety of a sledgehammer is Kim’s current forte – but it still manages to be effective.