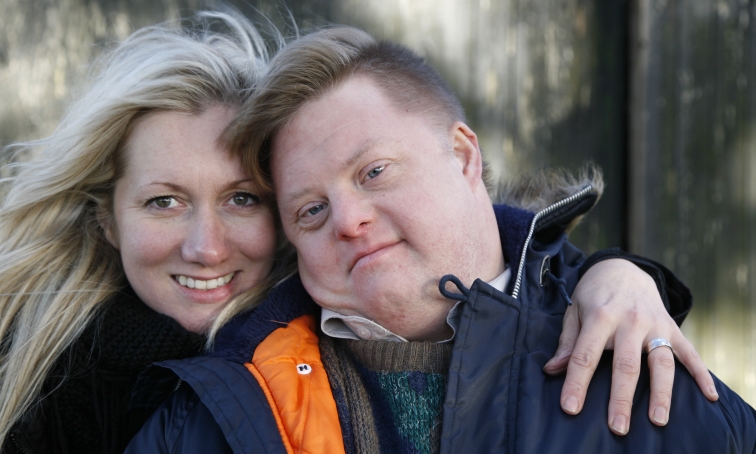 We are taught from a young age never to judge a book by its cover. An idiom passed down from one generation to the next to encourage acceptance and a search for meaning below surface appearance, its essence is too often lost by ignorance, misunderstanding or sheer mean-spiritedness. Jane Gull’s debut feature My Feral Heart – which premiered at this year’s Edinburgh Film Festival – is led by an extraordinary young actor who, in his lifetime, is likely to have been subjected to such mistreatment. It revolves around Luke (Stephen Brandon), a young man with Down Syndrome.

Principal in this little indie’s many achievements is in presenting such a character without an ounce of pity for his condition or in suggesting he is any way lesser than the other members of a gifted cast with whom he shares the screen. “We’re not so different you and I.” says friend and confidant Pete (Will Rastall) later in the film and it is with that ethos that this heart-warming, thought provoking feature carries itself throughout. With that said it really must be emphasised that Brandon is a genuine revelation. Discovered by the director when performing at Essex’s Mushroom Theatre Company, from opening moments shaving in front of a mirror he is utterly captivating and completely at ease in front of Susanne Salavati’s camera.

With a flick of a comb and rather flamboyant shake of the head to fashion his hair into a quiff, to dancing round the kitchen folding clothes, to whip smart one-liners, Luke is imbued with a wondrous charisma and cheeky attitude which is a delight to behold but one that has its tear jerking moments. Subverting the expected notion of being cared for, he is almost entirely self-sufficient and looks after his elderly mother. Her abrupt passing stuns a son into silence as he is forced to move to a care home before a tentative friendship with Pete brings him back out of his shell. Rastall, projecting an outward image of a roguish Jack the Lad, puts in an equally impressive and very watchable turn as another individual whose internal struggle with grieving for a lost loved one ties the two men together.

The third point of a central triangle sees fellow newcomer Shana Swash play Eve, a ball of energy with a heart of gold who works at Blossom House and who takes an instant shine to Luke. As if tackling societal treatment of disability was not enough, a departure to the debate around fox hunting as well as the blight of people trafficking are further issues covered by My Feral Heart’s slender run time. The last element occurs in almost another time and place but offers Luke a renewed chance to care for a person in need. The film would benefit from an extra 15 minutes or so as its ending is overly sudden but that is a minor gripe with a project that will stay with you, and perhaps even change perceptions.