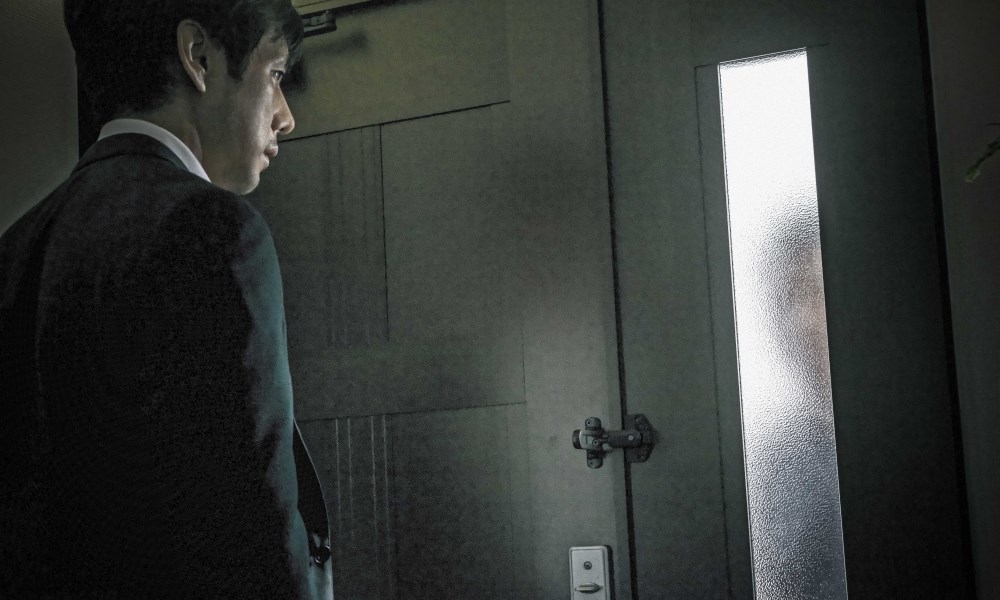 The unnerving neighbour is a shopworn trope of domestic thrillers and Kiyoshi Kurosawa’s Creepy is only an occasionally effective entry into the genre. Following a face-off with a psychopath that almost costs him his life, Detective Takakura (Hidetoshi Nishijima) resigns from the force, and retreats to the relative tranquillity of academia. Along with his beautiful wife Yasuko (Yuko Takeuchi) and their Dulux-ready dog Max, Takakura moves into a new neighbourhood and does the rounds, offering the neighbours gifts as a way of introducing themselves.

Here they are met with hostility and indifference. There is obviously a critique of an increasingly isolated Japan which jars with the young couples’ obvious civic politeness. Meanwhile, a former colleague, Nogami (Masahiro Higashide), seeks Takakura’s guidance on an unsolved abduction case. It is far from clear if an actual crime has been committed but three members of the Honda family have gone missing, leaving their youngest daughter Saki (Haruna Kawaguchi) behind. Now a teenager, Saki is interrogated by the ad-hoc detective team, which also ropes in a university colleague – revealing a mysterious stranger with whom her parents were in some sort of relationship.
Back at home, Yasuko is becoming increasingly involved with the next-door neighbour, a Mr. Nishino (Kurosawa regular Teruyuki Kagawa) and his frightened daughter Mio (Ryoko Fujino). Nishino at first appears to be an out-and-out weirdo with a sick wife no one sees and an aversion to Max – a bad sign: dogs tend to know! And yet, subtly and not so subtly, Nishino preys on Yasuko in her bored loneliness and uses their neighbourly overtures as a way of gaining access to their lives. Takakura begins to suspect not only that something is wrong with Nishino – played with an awkward grinning bashfulness by Kagawa – and that the creepy neighbour has some connection to the cold case he is investigating.
Early on in the film we see Takakura giving one of those university lectures that only exist in films to give pertinent information to the audience. Serial killers are of three types we are told: organised, spontaneous and a third type who are the most difficult to catch because they mix it up. Creepy, adapted by Kurosawa and Chihiro Ikeda from Yutaka Maekawa’s novel, seems to have described itself in this third neither-fish-nor-fowl category. The detective elements never gel with the drama of what’s going on over the fence. Massive coincidences go ignored and the plot is forwarded too frequently by characters behaving with a galling stupidity.
Seasoned policemen wander into situations of obvious danger, without backup and calling “I’m coming” to warn would be assailants of their approach, apparently unable to see the stereotypical murder palate of dingy green on the walls. A key plot element features a drug which might as well be called Plot-Convenience-chloride as it seems to make the characters simply do whatever the film needs them to do; not so much pharmaceutical as magical. The atmosphere is augmented by Yuri Habuka’s pleasantly foreboding score, with traces of Howard Shore’s work on Se7en echoed. But with a conclusion of random resolution, one is left supposing that for all its slickness, Max isn’t the only shaggy dog in Creepy.