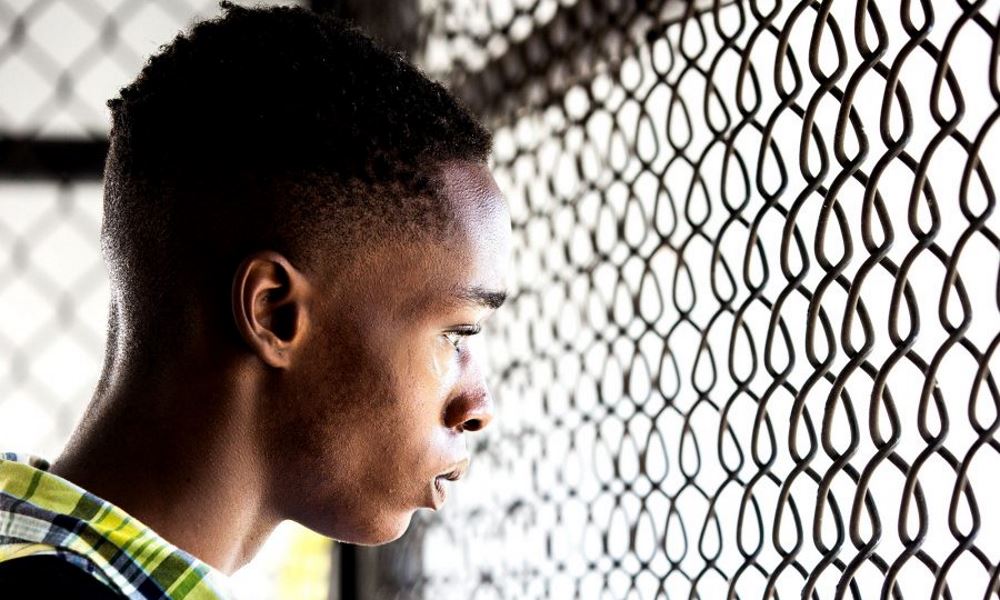 A coming-of-age tale in three parts, Barry Jenkins’ Moonlight is a rich and profound character study grappling with questions of race, masculinity, sexuality, class, and love with unerring confidence and poetry. It has taken Jenkins eight years to follow-up his debut Medicine for Melancholy but his adaptation of Tarell Alvin McCraney’s play In Moonlight Black Boys Look Blue has proven to be more than worth the wait. Bold in ambition and delicate in execution, it will break your heart and then piece it back together.

The film follows its protagonist, Chiron, through a triptych of episodes titled with the names that he goes by at three separate points in his life; ‘Little’, ‘Chiron’ and ‘Black’. Three actors play him at the different ages and despite not looking remarkably similar, the performances are so exquisitely attuned that you would be forgiven for thinking you were watching the same actor age across decades. First Alex R. Hibbert plays a scrawny and bullied ten-year-old, Little, then Ashton Sanders appears as gangly and thoughtful teenage Chiron, before he grows into the initially unrecognisable Black, played by Trevante Rhodes.

Together they paint a portrait that confounds the stereotypes surrounding African-American men – a reflective introvert grappling with his own homosexuality and the external pressures of social expectation. Jenkins tells this story through a cerulean mosaic of refracted moments, subverting narrative expectations throughout this arresting and perceptive work. The tough-guy drug dealer Juan (Mahershala Ali) is revealed to be in a safe, loving relationship and have a tender paternal instinct. Chiron’s junkie mother, Paula (Naomi Harris), is both vilified and humanised – the corrosive cycle of addiction presented as the knotty issue that it truly is.

Jenkins takes stereotype after stereotype and undermines them through the prism of one young man’s sensuous journey to adulthood and self-realisation, all while crafting a work of resonant art. Jenkins and his cinematographer James Laxton eschew typical handheld realism for sweeping steadicam mingled with low depths of field and close-up tactility. You can feel clean white bed sheets against the skin, or the wind rushing around a hand stretched out of a car window. There’s as much vibrancy in their composition as the enveloping sound design.

A scene in which Little is taken to the beach by his surrogate pops and taught to swim is rhapsodic amongst the surf and the salt, aided by a choral accompaniment. A bit of rough and tumble with a school friend has a pre-sexual tension for a child already bullied at school for something he’s not yet come to understand. “What’s a faggot?” he asks Juan with lowered eyes and a quietly devastating lack of comprehension. Jenkins takes him on his journey of discovery, tinged with tragedy and ecstasy, with stunning lyricism and intimacy.