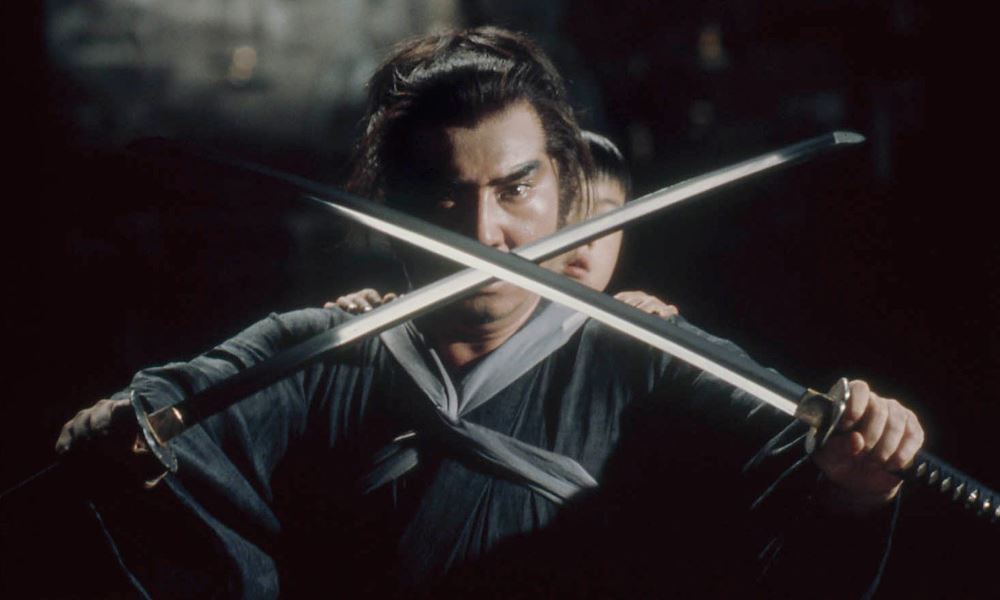 Adapted from the long-running successful Manga series, the Lone Wolf and Cub films represent the very best in the chanbara genre. This Criterion set includes all six films, gorgeously remastered, as well as Shogun Assassin, the Americanised re-edit of the first two films that sacrifices narrative and thematic coherence in favour of an eerie but unnecessary voiceover and smoothed-out morality. The series follows Itto Ogami (Tomisaburô Wakayama), introduced as executioner to the ruling shogunate in an opening sequence that is as beautiful as it is brutal.

But the rival Yagyu clan, whose head wishes to become Shogunate executioner, murder Ogami’s wife and frame him for treason. The first film, Sword of Vengeance, sees Ogami escaping with his infant son, Daigoro (Akihiro Tomikawa), and vow vengeance on the Yagyu, becoming an assassin for hire and resolving to walk the “demon way in hell”. The violence in the film, as with the whole series, is as captivating as it is cartoonishly shocking – bright red blood spurts in fountains while beautifully-staged sword fights abound. Indeed, if the meditative, nourishing films of Akira Kurosawa are like a fine wine, then Lone Wolf and Cub is a night spent quaffing absinthe.

Shocking, too, is the series’ apparent lack of a moral compass. Ogami may be our protagonist, but he’s no hero, slaughtering literally hundreds of people including at least two children. The English-language Shogun Assassin clumsily attempts to smooth out the morality by turning Ogami’s enemies into cackling sadists, but in so doing loses both the thematic edge and nuance of the Japanese original. In contrast, the original Lone Wolf and Cub forgoes simplistic questions of good and evil in favour of honour, respect and legacy. For all its hyper-stylised violence, this is a series deeply rooted in the Samurai tradition. 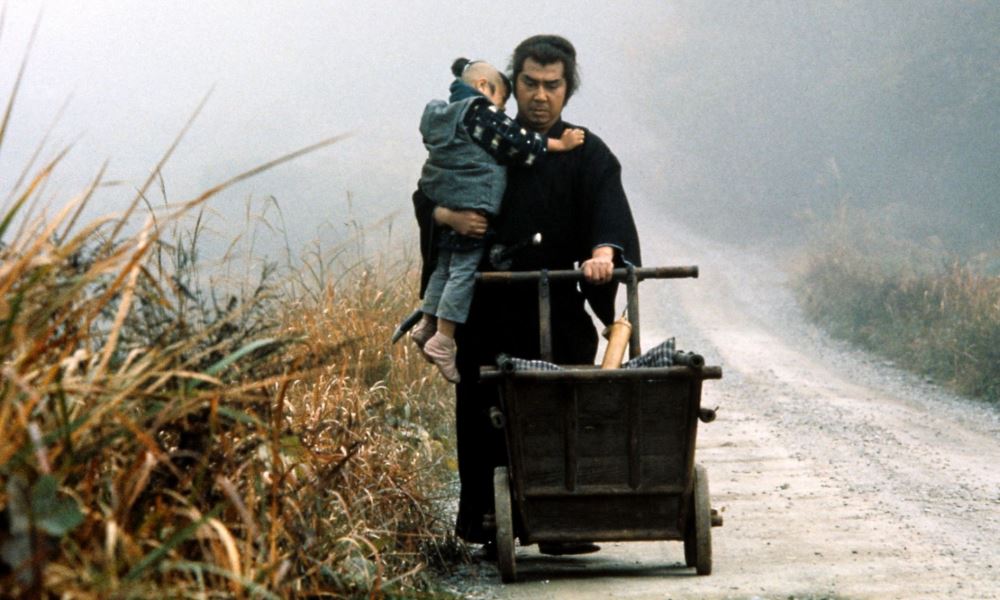 Baby Cart to Hades sets the rival samurai Kanbei (Gô Katô) against Ogami. Hades’ emotional climax comes with Ogami and Kanbei duelling not through enmity, but loyalty to their respective employers. Ogami defeats Kanbei, but their final moments together, defined by respect and compassion, are disarmingly moving. These moments are as rare in Lone Wolf and Cub as they are significant, bringing depth to the series’ exploitation aesthetic. And make no mistake, Lone Wolf and Cub is as rooted in 1970s exploitation cinema as it is in samurai tradition.

The series’ signature theme, a fantastically grubby electric guitar riff that recalls the soundscapes of the Spaghetti Westerns, underscores a hard-edged editing and sound design department that is emblematic of 70s exploitation cinema on both sides of the Pacific. Sadly, that exploitation sensibility extends to the gender politics, which sees women treated appallingly. All but one of the six films feature at least one rape as casual plot points, and women’s breasts are bared with adolescent frequency. At least the numerous female assassins sent to dispatch Ogami can more than hold their own, with a stand out sequence in the second film, Baby Cart at the River Styx, seeing a tribe of female assassins brutally dismembering rival ninjas with ease.

Structurally, it’s tough to fault the series, though it’s true that each film follows the same formula, with Ogami taking a new assassination contract while being dogged by the nefarious Yagyu. And although the final film, White Heaven in Hell, is a series highlight, it’s disappointing that the episodic conclusion lacks the final catharsis that we’ve yearned for over six films. Shogun Assassin, a historical curio nevertheless more familiar to Western audiences, is a welcome addition to the Criterion set. But for the real deal, it’s essential to go the source: for lovers of visceral, pulpy and sumptuous cinema, Lone Wolf and Cub is indispensable viewing.