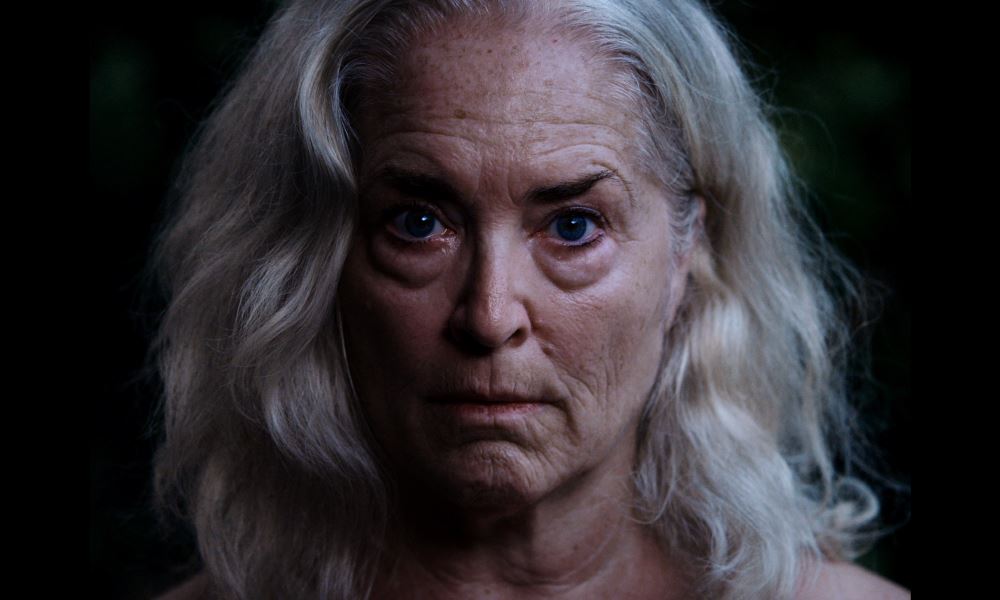 If Hollywood has taught us anything it’s never to organise a family dinner. From August, Osage County to Xavier Dolan’s It’s Only the End of the World, family repasts are a reminder that get-togethers are frequently times of emotional outbursts, melodramatic explosions and smashed crockery. Trey Edward Shults’ debut movie is the emotionally pummelling Krisha, a fraught portrait in hysteria. The eponymous protagonist played by Krisha Fairchild, Shults’ mother, is a former flower child in her sixties, visiting her sister (played by Shults’ aunt) for Thanksgiving in a Texas suburb where a large extended family is gathered for the meal.

A group of healthy young fellows rough-house in the yard and loudly watch the game; a new born baby has arrived (Grandma will show up later) and the women fuss in the kitchen. Krisha has promised to cook the turkey, but there appears to be layers of emotional complexity here and Shults is meticulous in not giving much away. Context is sparse – it’s never clear exactly who is related to who, and how – and small gestures speak loudly. The way Krisha unpacks her makeup bags in the bathroom, dumping them in front of family photos, speaks to her carelessness and insensitivity. Her speeches about healing and becoming a better person reflect a hippy past of self-involvement now long past its sell-by-date and in direct contradiction to the wariness with which her own family apparently approach her.

There’s more baggage here than is carried up to the guest room. In fact, such is the discretion, that it’s almost a surprise when we realise that one of the young men is actually Krisha’s son (played by Shults himself) who has been raised by others and is tensely polite and non-committal in Krisha’s presence. A muttering jittery woman, Krisha’s mental state is on edge from the beginning and we are privy to her instability with a soundtrack of blaring discordant noises, fragmented editing and looming close ups. The effect forces us into Krisha’s subjectivity without ever – deprived of that context – helping us to empathize or understand, like some kind of virtual reality nervous breakdown.

The placid friendliness of her arrival soon exhausted, Krisha’s brother-in-law Doyle (Bill Wise) transforms from friendly humorous chatter box to an openly hostile enemy. The foreboding proves fully deserved and yet the explosion, when it finally arrives, is not so much cathartic as punitive. Shults delineates family relationships convincingly – the film was shot in his parents’ house and members of his family and himself all appear in key roles – but as with Krisha herself, we are outside of that intimacy, looking in. With a hopelessness within elbow-room of despair, Krisha’s only way out seems to be disintegration.

With shades of Gena Rowlands in Woman Under the Influence, Fairchild delivers an intense performance, whose madness takes on the same contours of the persona she has always tried to be. The free spirit/bad parent is becoming something of a stock character – see Viggo Mortensen’s Captain Fantastic for an exaggerated corrective – and there are moments when the absence of context really makes any judgement or even understanding on our part arbitrary. However, this is a confident dramatic voice emerging and it will be interesting to see what comes next.