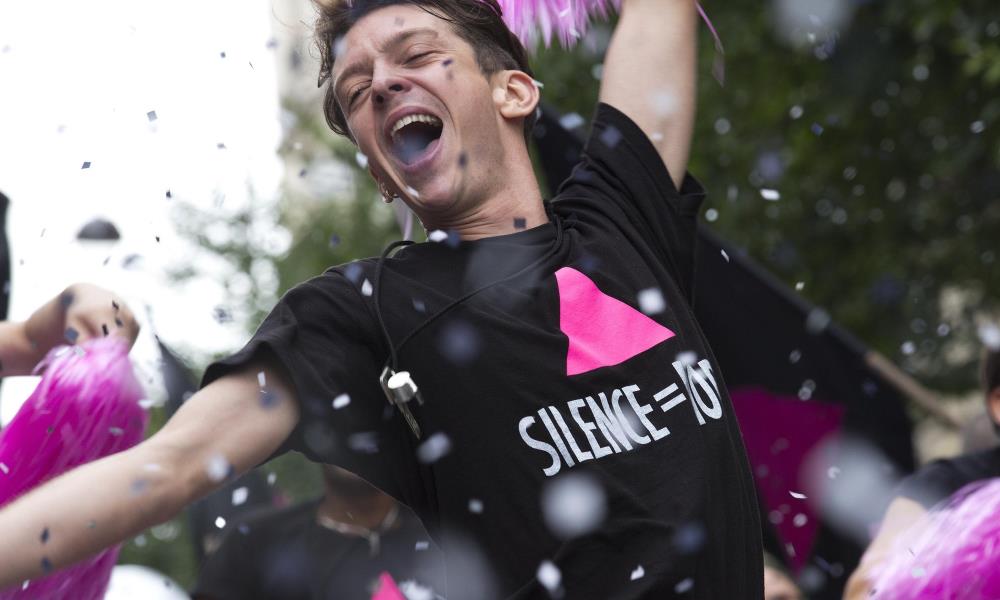 ACT UP (AIDS Coalition to Unleash Power) was an activist group set up in New York to draw attention campaign for those impacted by AIDS. They were a pressure group who specialised in public and well-publicised acts of civil disobedience.

The Paris branch of ACT UP is the subject of writer-director Robin Campillo’s new film 120 Beats Per Minute, in competition for the Palme d’Or. We are introduced to the group by Thibault (Antoine Reinartz), a born organiser who in telling a group of newcomers the rules gives the audience a quick lecture. Then we are pitched into the middle of the debate. We see the planning, the discussions, the arguments, the jokes, the excitement and some of the boredom too that goes hand in hand with political activism. Divisions are apparent from the start.

Arguments rage because these are literally life and death stakes. Sophie (Adèle Haenel) wants to have a post-mortem on a demonstration against a politician which got out of hand. The mother of a haemophiliac son suggests a slogan only to be gently ribbed by the others for its crassness. Political films are often decried for sloganeering, but here we have the slogans being written, discussed, rejected and agreed upon. Some of the arguments are not as clear because the characters talk like real people and the audience just needs to keep up.

A pharma company refusing to publish important scientific research is targeted and the group penetrates the security armed with fake blood and posters, blowing whistles and shouting at the startled office workers. Essentially, a rite of passage for newcomer Nathan (Arnaud Valois), he finds himself attracted to Sean (Nahuel Pérez Biscayart), one of the founder members of the group and the kind of back-of-the-class radical who pushes for more extreme action. Following the demo, the group dance to the house music that gives the film its title. We see that although the group is seriously engaged in the struggle, they are also redefining their own community.

Far from the decorous chaste Hollywood treatments like Philadelphia, Campillo has his characters fuck when they want to. Quieter moments between Nathan and Sean flesh out the characters and their exposure to the disease. The final act portrays the long drawn out process of dying as a member of the group succumbs to the disease. As with the earlier debates, Campillo doesn’t edit for our comfort and we feel both the tragedy and the boredom of death. Given the film’s sincerity and its timely encouragement of activism, criticisms feel petty, but there are some.

The cycle of meeting, protest and dancing is repeated too mechanically and some of the street/disco scenes are samey. With a hefty running time, we only really get to know Sean and Nathan with the other characters having to vie for attention on the periphery. Nevertheless, 120 Beats Per Minute remains an important history lesson in the efficacy of protest, the joy and community that can come in the face of hostility and indifference.