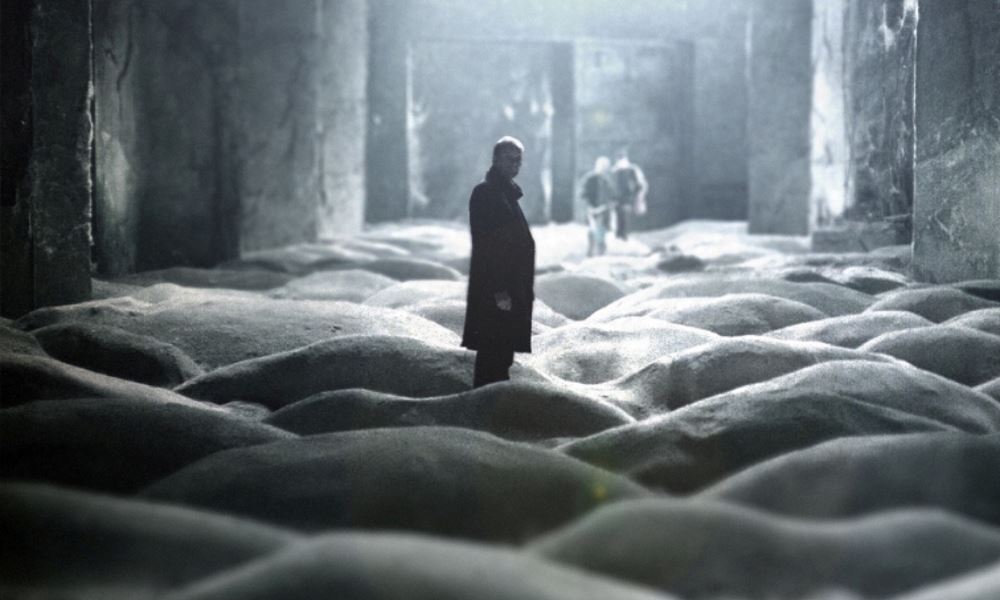 Arguably Andrei Tarkovsky’s finest masterpiece, the Russian director’s 1979 film Stalker is the culmination of a career-long preoccupation with memory, trauma and the relationship between subjective perception and physical reality.

Following a mysterious disaster that rendered a small town uninhabitable, the eponymous Stalker (Alexksanr Kaydanovskiy) illegally takes visitors in to the area now known as the Zone, where there is a room that can reputedly fulfil their deepest desires. In theme, Stalker is very similar to Solaris – both films use physical space to externalise psychological experience. But where Solaris is set in the vast abyss of the cosmos, Stalker tends more towards magical realism than hard sci-fi, taking an otherwise mundane location and making it fantastical.
Opening in monochrome, Stalker‘s cinematography speaks of the old, the drab and the banal, yet Tarkovsky’s painterly compositions are also undeniably beautiful. After the unnamed Stalker meets the writer, Pisatel (Anatoliy Solonitsyn) and the Professor (Nikolay Grinko), the trio evade military guards at the Zone’s border in a surprisingly thrilling game of cat and mouse. Evading the soldiers’ gunfire, they ride a train cart in to the Zone, the rhythmic clickety-clack of the railway hypnotically eroding all sense of time until the frame snaps into colour, indicating their arrival.
The Stalker warns Pisatel and the Professor that although the room will grant them their deepest desire, it is not a wish machine, and they cannot consciously choose what they are granted. The Stalker neatly summarises desire by a imagining a dedicated vegetarian who secretly yearns for a steak. What is it that he truly wants? Does his consciousness or his animal instinct rule his desire, and how can he really know the difference? The Stalker tells his wards of his old mentor, ‘Porcupine’, who after going into the room at the Zone’s centre, was made rich, but then bafflingly killed himself only days later.
Perhaps in realising his base desire, the madness of the paradox between known and unknown desires drove Porcupine to suicide. The Zone itself is fraught with danger, too – its mundane appearance belies a space constantly in flux, and like Blake’s “Folly [like an] endless maze / Tangled roots perplex her ways, / How many have fallen there”, the Zone claims its victims by entangling the roots of their rigid adherence to objectivity. The dull geometric rules of reality do not apply in the Zone, being less a physical space and more a reflection of its occupants’ psychological innerspace.
Tarkovsky’s genius is to never show the space of the Zone shifting, instead inviting the audience to participate in the Zone’s mutability with their own febrile imaginations. Stalker‘s most famous image is of the ‘meat grinder’ – the deadly area just before the entrance to the room. Rendered as a grey undulating desert, it is a terrifying vision of human consciousness: shifting, duplicitous, and ultimately, doomed to entropy.