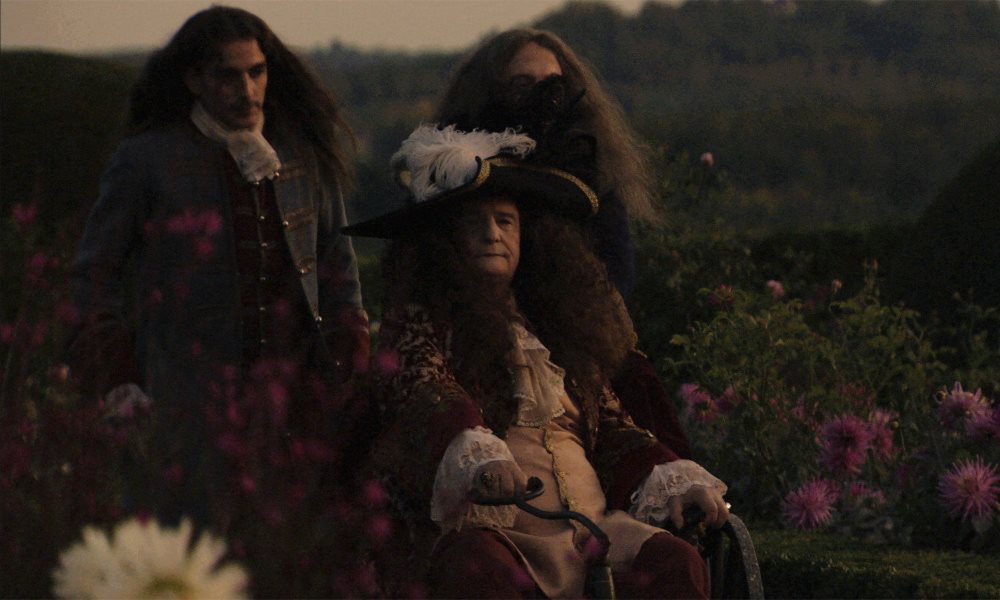 In Ian Dunlop’s biography of Louis XIV he describes the Sun King’s death, saying that he “yielded up his soul without any effort, like a candle going out.” Slow cinema maestro Albert Serra clearly didn’t take to that notion when he decided to make The Death of Louis XIV.

Louis is appropriately played by a French acting institution in the form of Jean-Pierre Léaud who spends the entirety of the film prostrate. “I’d love to, but I cannot,” he tells a gaggle of giggling debutants who long for him to get up and lavish his company on them in an opening scene, but he’s strong enough to doff a hat in their direction. That’s not the case for much of The Death of Louis XIV which requires Léaud to gasp and wheeze and shift uncomfortably in a bed. Serra’s intention of deconstructing a myth through his minimalist narrative style is highly effective, laying Louis absolutely bare, but the deeper purpose feels a lot less ambitious on this occasion.

There are clear parallels to be drawn between Louis’ prolonged demise and the subsequent collapse of the monarchy in the proceeding 75 years and the film relishes the gaudy excess of the period through the overripe fruit and rich foods continually served up to Louis who chews a single piece or turns them down outright. “I can’t swallow anymore. Everything revolts me.” Wider meaning remains more elusive though and any enigmatic qualities are slowly corroded through sheer force of inertia. Inept doctors murmur about treatment and sycophantic aides sing encouragement (“He’s getting his strength back!”) but the blackly comic effect isn’t constantly sustainable for a film that never leaves the bedside.

The visuals however are a consistent revelation. Jonathan Ricquebourg’s cinematography is not just reminiscent of classical painting but looks like Gerome or a Testelin brought to life, the light given a perfect murky quality as it soaks into the deep red curtains. Léaud is fantastic as Louis. Distinguished and dishevelled, the state of his hair acts as a useful indicator as to his relative health, the glorious and ridiculous parted wig being removed when things grow too dire. By the time they do, some audiences may be praying for someone to put the king out of his painful misery sooner rather than later.